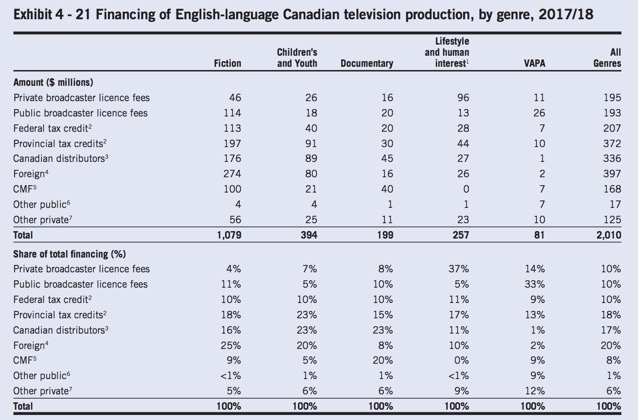 According to Geist, a free market approach is winning over the regulated approach for investment in Canadian TV production, thusly countering arguments for a Netflix tax, or ‘cultural imperialism’ over the lack of locally-produced content:

While there are concerns about children’s and youth programming, the data tells a similar story: $80 million from foreign sources compared to $26 million from private broadcasters, $18 million from public broadcasters, and $21 million from the CMF.  In other words, the unregulated, market-based approach is delivering far more investment into Canadian production than the regulated sector.

In the past five years, while foreign financing has grown from $131 million to $274 million, the public broadcaster funding has remained largely unchanged.

For more details on the report, visit this link.