In an effort to find out how Apple went from commodity hardware to having the most iconic designs in the industry, Fast Company is offering up a six-part history of Apple’s rise titled “An Oral History Of Apple Design: 1992”, as told by the company’s former designers who were actually there. 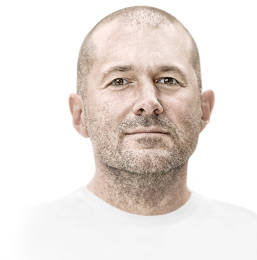 While the series will wrap up next week, its first 3 installments cover OS X’s “lickable” Quartz graphics, the conception of the Apple Store, and Steve Jobs’ odd request that all the company’s error messages be haikus. Speaking about the early days before Jobs’ return in 1996, senior industrial designer Thomas Meyerhoffer says, “We wanted to put design forward as a competitive tool for Apple, but nobody really understood what design could do. There was a great urge from us in the design group to say: Apple is different, Apple has always been different.”

ROBERT BRUNNER, founder, Apple’s industrial design group (now founder of Ammunition and the designer of Beats headphones): I sometimes joke that when I die, my tombstone will say, “Here lies the guy who hired Jonathan Ive.”

JON RUBINSTEIN, senior VP, hardware engineering, Ive’s boss until 2004:
Steve spent a lot of time in the studio because it was his happy place. Running the business wasn’t as much fun as hanging around with the design team.

JEFF ZWERNER, creative director, packaging:
Jony manufactured every facet of that space as if to make Steve feel comfortable–from what they wore to the ambient techno music that was playing. There was an unwritten rule that if Steve came in, everyone had to slowly and deliberately move to the other side of the space.

To read the whole article, head over to this link.