Wayne Goodrich developed Steve Jobs’ Keynote presentations for years, and a new thread highlights some of his experiences. 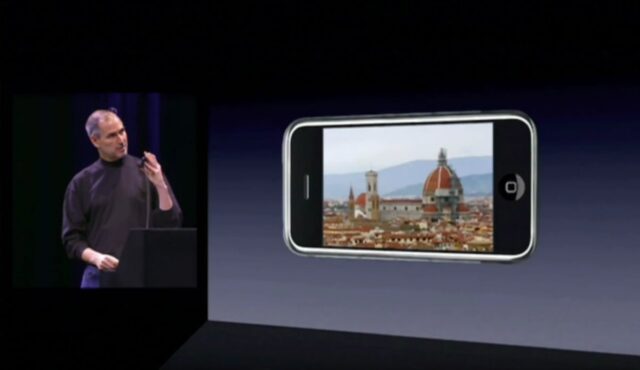 In a thread found on Cake, dating back to the summer of 2018 (via Reddit), Goodrich posted a number of comments regarding his experience at Apple, his relationship with Steve Jobs, and the technical difficulties of creating the late Apple CEO’s Keynote presentations.

Goodrich tells his experience of being fired at NeXT, and his subsequent hiring at Apple:

I was, but when NeXT stopped making hardware they laid me off. A week later, Steve called me and started to say “okay Wayne, we need to…” I interjected “what do you mean we need to? You laid me off.” He said “oh” and then click.

Eight months later I heard from my brother, who was still working customer support, “Steve wants you to call. He won’t call you but you should call him.” The result of that conversation led to working directly with Steve on all his most important presentations at Pixar and Apple for nearly the next two decades.

Goodrich also talks about Jobs’ ability to present, and how many call his revealing of the original iPhone one of the greatest business presentations of all time:

Oh, absolutely! If you look at the primitive narratives in Steve’s presentations at NeXT, you can see the influence that our experience at Pixar had on the storytelling over time that resulted in events like the iPhone launch.

What few people realize is that, like Pixar movies, there is a color scheme throughout the 90 minutes, and an emotional ramp. And yes there are heroes and villains, action sequences, humor and plot twists. You have to be careful not to wear the audience out. You have to manage building to a climax. Steve understood this better than anyone.

With movies, you never want anything to affect suspension of belief. You want your audience to stay in that magical moment and not think about how things are done.  With the iPhone, we wanted to show that if you rotate your phone to landscape mode, the photo would automatically rotate too. But we were not projecting a video of the actual iPhone that Steve was holding in his hand, only the video from the iPhone. That would have made it shaky on the big screen with distracting reflections.

So we showed a graphic of an iPhone, to look like the Keynote slides, and projected Steve’s demo iPhone screen into the exact right position in the graphic. The trick was that when Steve rotated the iPhone to landscape mode, the right thing to do to keep customers in the moment was to rotate the iPhone graphic with its inserted video feed rotating in sync as well. But how?

It took a month for one of the brilliant Apple engineers to work out how to do this. It looked natural to the audience and no one had to think about how it happened.

When Steve saw this happen he first time, he knew it’d be magic and it had to be shown live. He rotated it back and forth several times in his demo and no one ever questioned what they were seeing because it looked exactly they way it should.

You may also recall Goodrich sued Apple back in 2012, claiming he was fired wrongfully, as Jobs promised him job security at the iPhone maker.

The Cake thread, despite being from a few years ago, is full of interesting Apple tidbits and is absolutely worth the read.