Apple’s former SVP of retail John Browett who was released by the Cupertino company last year in October, has taken the position of chief executive at Monsoon Accessorize, a design-led retailer based in London operating two international retail clothing chains, Monsoon and Accessorize. According to The Telegraph, his new post will put him in charge of more than 1,000 stores in 74 countries. 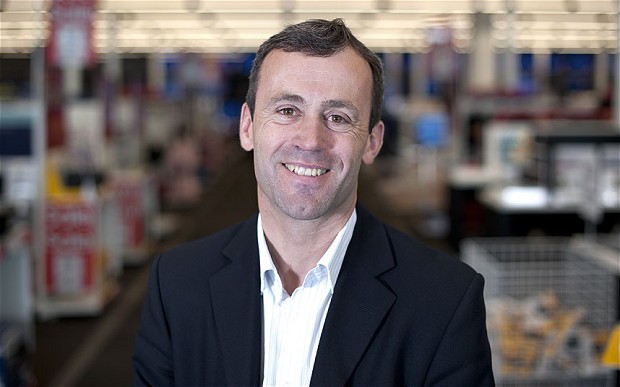 Mr Browett will take up the new role in March, less than four months since his abrupt departure from Apple. Although the majority of his recent career has been spent selling technology, Mr Browett has already got some experience of fashion retail under his belt from his time as senior executive at Tesco.

Peter Simon, who founded the chain in 1972, had been looking for a new chief executive to take the helm since May last year. He said Mr Browett had the “right skills and experience” for the job.

Mr Browett’s new post at Monsoon Accessorize will put him in charge of more than 1,000 stores in 74 countries, whose inexpensive jewellery and handbags have proven relatively buoyant during the economic downturn.

He is also credited for transforming the fortunes of Dixons by emphasising its customer service credentials.

Apple and Facebook could have become business partners in what would have been an extremely lucrative advertising venture — reports The Wall Street Journal. According to the publication, Apple proposed several ad revenue-sharing arrangements to Facebook over the years. Apple execs reportedly said they wanted to "build businesses together." The two tech giants even discussed...
Nehal Malik
3 hours ago

Dropbox support has just confirmed that a public beta with full support for macOS will be released in Q4 this year, making the desktop app fully compatible with macOS 12.3 (Monterey). Dropbox users on macOS 12.3 see a compatibility warning about the Dropbox system extension, which results in users being unable to open online-only files stored...
Usman Qureshi
3 hours ago

WhatsApp has simplified the process of setting up Disappearing Messages by allowing users to set default Disappearing Messages for new and existing chats all at once. Users can now choose their duration timer and then select and apply it to whichever chats they want. For those who aren’t familiar, WhatsApp lets you send messages that disappear...
Usman Qureshi
3 hours ago