According to a report by AllThingsD, former president of Windows and Windows Live Steven Sinofsky is leaving Microsoft effective immediately, with rumours pointing out that the reasons for his departure were similar to Scott Forstall’s recent departure from Apple. 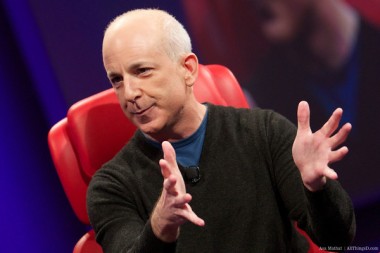 The source suggests that people familiar with the matter said growing tension between the Windows chief and other executives may have helped move along the decision, though Microsoft’s official stance is that Sinofsky is leaving on amicable terms. “I am humbled by the professionalism and generosity of everyone I have had the good fortune to work with at this awesome company”, said Sinofsky in the statement.

Several high-level sources at the company said that it came down to former CEO and co-founder Bill Gates’s backing of current CEO Steve Ballmer in the controversial decision to part ways with the powerful exec.

While Gates — who is now chairman of Microsoft’s board –has had a longtime and very close relationship with Sinofsky, he supported the move by Ballmer to promote more integration of Microsoft’s other divisions and also involve other top executives more significantly than ever before in the planning and development of the next version of Windows.

The departure of Microsoft’s executive is similar to the ousting of Apple’s former head of iOS Scott Forstall, who was also reportedly difficult to work with. However, in Sinofsky’s case, the decision was not as sudden as Apple. The report details that rumours of his his departure have been around for over the last several weeks, even as Sinofsky was preparing for major launches of both Windows 8 and Surface.

Sinofsky’s departure is not without risk, because it’s not clear who at the company now has both the business and technical savvy to predict where the industry is going and point the company in that direction.

The source also reveals that Sinofsky had a clash with former Microsoft Business division head Stephen Elop, who left the company in 2010 to join Nokia.