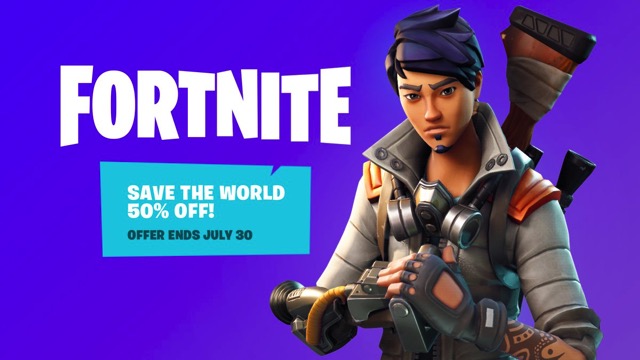 In order to celebrate Fortnite’s first anniversary, Epic Games is giving players the chance to grab the World Founder’s Packs at 50% off until July 30. Moreover, players can also unlock some exclusive cosmetics, including the Fortnite Birthday Cake back bling, by completing the three new challenges in the latest Fortnite 5.10 update.

Fortnite 5.10 update for iOS went live in the App Store earlier today, which adds the birthday celebration event where players will be able to find birthday cakes around the island and earn special cosmetics by completing challenges and quests.

The update also preps the game for the return of Playground Mode, which will be playable again from July 25 for a limited time. Other items being added to the game in Fortnite 5.10 is the SMG compact, a new weapon that looks set to mimic the P90 and excels at close-quarters combat.

You can grab the update using the following App Store link.