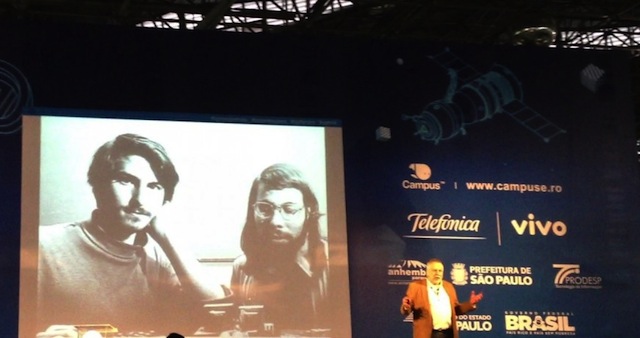 Nolan Bushnell, the American engineer and entrepreneur who founded the video game company Atari, spoke in front of an admiring audience at Campus Party Brasil, in which he talked about his former employee Steve Jobs, the late CEO and co-founder of Apple (via TNW). He also talked about his efforts in shaping the future of learning with his new game-based education company.

His keynote was full of anecdotes, several of which involved his former employee Steve Jobs and his buddy Steve Wozniak, who gave Bushnell a chance to get one third of Apple for $50,000 (and yes, he infamously passed on that chance.)

In his keynote, Bushnell outlined the key elements of his upcoming book, “Finding the next Steve Jobs,” which focuses on what companies have to do to attract and retain creative talent. He also discussed his new game-based education company, Brainrush, and its parent non-profit research arm Brainrush Labs.

Check out the full video of his keynote below:

Texas Heart Institute researchers studying the use of Apple Watch in helping diagnose heart attack symptoms have just published their findings in the latest edition of the Texas Heart Institute Journal (via MyHealthyApple). According to the research, if the ECG function of the Apple Watch could provide a reliable analysis of myocardial infarction (MI) risk when...
Usman Qureshi
19 hours ago