Foursquare Brings Back Mayorships to its Check-In App Swarm 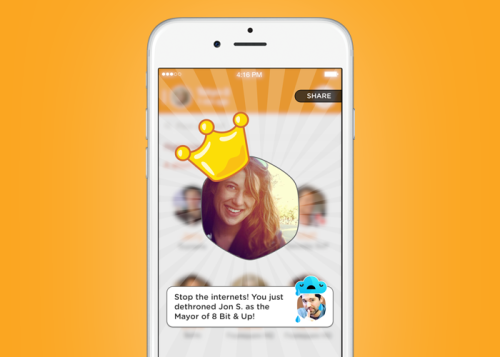 Foursquare has today announced in an official blog post that it is bringing back the mayorships to its check-in app Swarm, which the company introduced last year to concentrate solely on letting you find out where and what your friends are up to. This means that users can now compete with other users everywhere for the most check-ins at any business listed in the app, earning badges and bragging rights in the process.

“When we first launched Swarm, you fiercely battled your friends for a chance at a Mayor crown. But it just wasn’t as much fun. That’s why today we’re upping the ante and letting you compete for mayorships against everyone”.

The rules for getting mayorship are as simple as before. You’ll be the Mayor of a place if you’ve checked in more than anyone else in the last 30 days. Only 1 check-in per day counts and ties go to the reigning mayor.

“We’ve been tallying all of your check-ins from the past month, so go see if you’ve already proven yourself worthy of the Mayor crown at your local spots”.

So if you’re looking to get into the competition, go ahead and grab the updated Swarm app at the following App Store link: