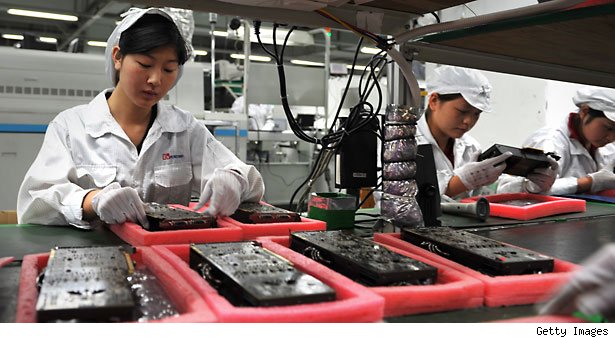 Foxconn CEO Terry Gou recently issued a statement that the company will soon deploy robots to help assemble devices and Apple will be the first company to use their ‘Foxbots’ service, fuelling speculations that these robots will be used in manufacturing Apple’s upcoming ‘iPhone 6’. However, a new report by G4Games is claiming that Foxbots will only ‘play a supporting role’ in assembling iPhones, and won’t actually replace Foxconn employees.

“While the Foxbots will reportedly be used for tasks which don’t require extreme finesse like tightening lock screws, positioning the larger, exterior components in place or for polishing, certain tasks simply can’t be taken over by machines, at least not for now. Humans will still be used for a lot of activities, like quality control or the assembly of those internal hardware components which require extreme precision.”

In the past, there have been numerous reports suggesting that Foxconn’s employees are unsatisfied with the working conditions and wages. As a result, many have speculated that the personnel will soon be replaced by machines, at least for assembling of Apple’s devices. But apparently, that’s not going to be the case anytime soon.

Mr. Gou has also recently revealed that each ‘Foxbot’ robot, which costs around $20,000 to $25,000 to make, will be able to assemble an average of 30,000 devices. He further revealed that the assembly devices are currently undergoing their final testing phase, as his company plans to deploy 10,000 robots to its factories later this year.