Foxconn Begins Automating Production at its Factories in China

In a statement issued by Foxconn Automation Technology Development Committee’s general manager Dai Jia-peng, Foxconn has started automating production at its factories in China, a process that will be completed in three phases. According to DigiTimes, Foxconn aims to fully automate all of its manufacturing facilities in China, starting by setting up individual automated work stations for work that is dangerous or workers are unwilling to do. 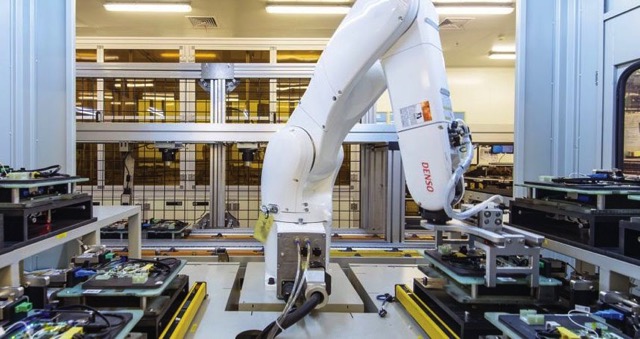 In the second phase, entire production lines will be automated to decrease the number of robots used, while the third and final phase will see the whole factories become automated with only a minimal number of workers assigned for production, logistics, testing and inspection processes, Dai said. He revealed that Foxconn’s factories in Chengdu, Shenzhen and Zhengzhou, have already reached the second or third phase of automation.

There are 10 lights-out (fully automated) production lines at some factories, including table one in Chengdu, AIO (all-in-one) PC and LCD monitor lines at a factory in Chongqing, western China, and a CNC line in Zhengzhou, Dai indicated.

Dai however added that even though robotic technology keeps improving, industrial robots will not be able to completely replace workers since humans have the flexibility to quickly switch from one task to another.