Apple supplier Foxconn is reportedly closing in on a deal with the Indian government to build plants to manufacture Apple products, reports the Economic Times of India. 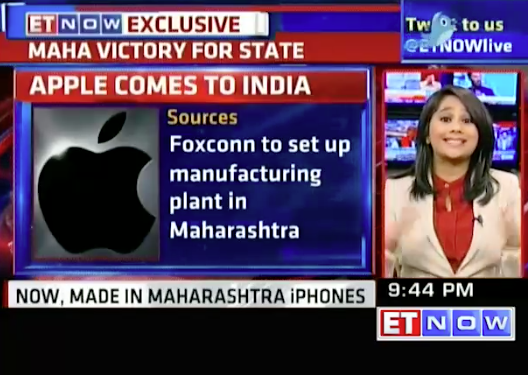 According to their report, the supplier is close to signing the deeds to a roughly 1,200-acre plot of land in Maharashtra, which will be the location of a $10 billion manufacturing plant focusing on Apple products. When Foxconn signs the deal, it has 18 months to make the plant operational, the report says.

The deal comes hot on the heels of reports claiming Maharashtra has yet to get a formal proposal to acquire 300 hectares for a factory for which it had made a commitment of $5 billion. In August the Taiwanese company had made a commitment to set up factories in the state, so Maharashtra signed a memorandum of understanding with the technology company for providing land to set up a plant and a research hub.

Besides Foxconn, Apple is aiming to get a strong foothold in India with retail stores, although its plans to sell refurbished iPhones was rejected by the government for various reasons. The iPhone maker also plans to open an R&D centre in India.