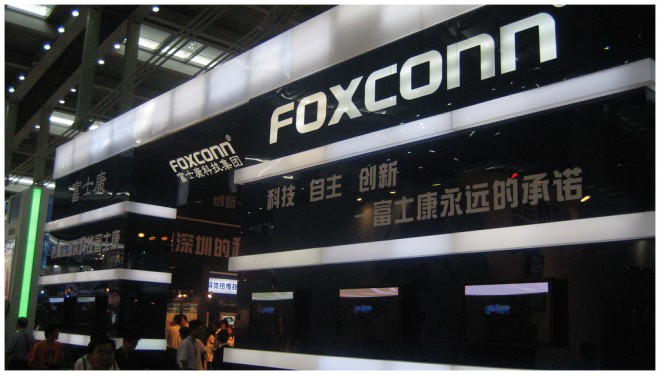 Foxconn a subsidiary of Hon Hai Precision Industry, which assembles devices for Apple and other global tech companies, is planning to build an advanced display manufacturing plan in the U.S.

Terry Gou, chairman of Hon Hai, says the company has plans to relocate capital-intensive and high-tech manufacturing to the U.S., which happens to be the company’s largest market.

“Automation, software and technology innovation will be our key focus in the U.S. in the coming few years.”

The Taiwan-based manufacturer, mainly known for the assembly of Apple’s iPhones and iPads, has been seeking new ways to increase revenue as contract manufacturing slows. Back in November, the company said it might invest in a $40 million manufacturing and research facility in Pennsylvania.

Gou said they are studying the possibility of building a manufacturing plant in the U.S. which can make LCD screens that are larger than 60 inches, since it is currently difficult to ship large screen TVs from Asia to the U.S. In 2012, the company agreed to acquire a 50 percent stake in Sharp.

“We will continue to invest in displays as it is an important component for all products including smartphones, tablets and TVs.”

Gou says his company is already working with the medical and automotive industries to create “big projects” with companies like BMW and Audi. The company declined to provide any further details.

Hon Hai employs over one million workers in China and plans to diversify its manufacturing base by making Indonesia a key production site in the coming years. Lately, the company has been facing the challenges of rising labor costs and workplace disputes in the country.

The company aims to double its annual revenue to 10 trillion New Taiwan dollars over the next ten years by driving cloud computing, high-tech innovation, and e-commerce.