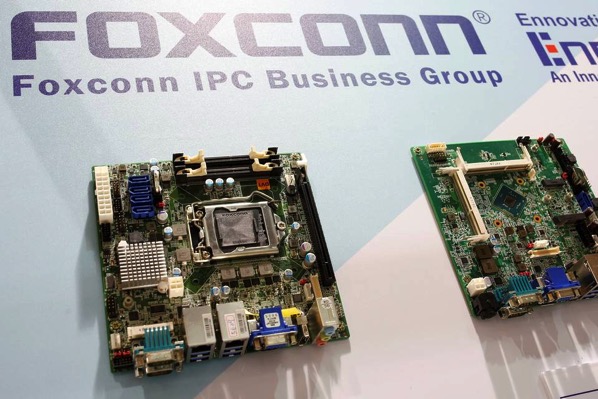 According to a report by The Wall Street Journal, Foxconn Technology Group, the trading name of Hon Hai Precision Industry, has reported a 31% decline in second-quarter net profit amid declining iPhone sales. Foxconn, the largest assembler of Apple’s iOS devices, however has finally got the approval from Chinese antitrust authorities to take over Japan’s Sharp Corp., who is also a leading supplier of displays used in iPhones.

Foxconn said net profit for the three months ended June 30 fell to 17.7 billion New Taiwan dollars (US$566 million) from NT$25.7 billion a year earlier. Analysts expected a profit of NT$23.9 billion, according to an average estimate by Thomson One Analytics.

The Taiwanese company will pay 388.8 billion yen ($3.8 billion) for about two-thirds of Sharp, making it one of the biggest takeovers of a Japanese electronics company by a foreign firm. At its annual shareholder meeting earlier this year, Foxconn CEO Terry Gou said the company faced a tough business environment and was focused on investing in next-generation technologies and streamlining operations at Sharp to make the Japanese firm profitable.

Last month, Sharp had also reported a net loss of ¥27.5 billion ($266 million) for its fiscal first quarter because of poor sales of its display panels.