According to a report by the South China Morning Post (SCMP), Foxconn, the leading manufacturer of Apple’s iPhone and other iOS devices, has laid off over 60,000 workers since the launch of the iPhone 6 and has replaced them with robots. The Taiwanese company reduced its employee strength from 110,000 to 50,000, spending a total of 4 billion yuan on artificial intelligence last year. 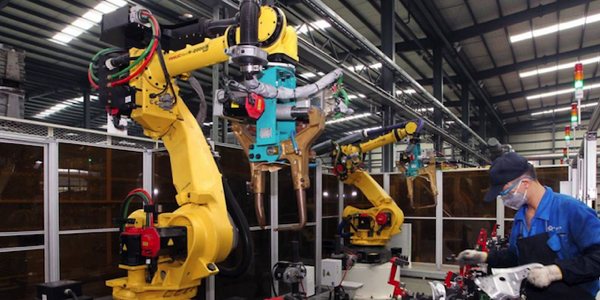 “Foxconn has tasted success in reduction of labour costs,” said the head of Kunshan government’s publicity department Xu Yulian, adding that more companies are likely to follow suit. Over 600 major companies in Kunshan have similar plans, according to a government survey.

These job cuts however are not working well for the city, which had a population of more than 2.5 million at the end of 2014, majority of whom were migrant workers. Factories and other buildings cover about 46% of the city’s land, although the local government has now promised to maintain zero growth in land development and decrease its population by 2020.

Kunshan is home to about 4,800 Taiwanese companies, which contribute over 60 per cent of its GDP, and the county is encouraging more people from across the strait to start businesses there to boost its economy.

At its peak, Kunshan manufactured 120 million laptops a year, but output had fallen to only 51 million because of falling demand, said local officials. Smartphone manufacturing, however, is trying to bridge the gap – about 20 million units were made last year.

Looks like greater automation in iPhone production is both good news and bad for the Cupertino giant.