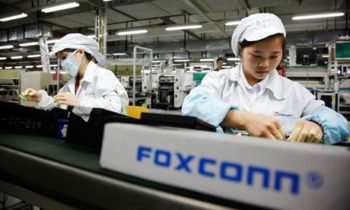 Yesterday, reports from The Shanghai Daily noted hundreds of vocational students were allegedly pulled from the Huaiyin Institute of Technology to do their internship at Foxconn to produce the iPhone 5, due to being “short staffed” according to an unnamed official.

In an email statement to Bloomberg, Foxconn responded and noted students were ‘free’ to leave internships at anytime:

Foxconn, which also makes Apple’s iPad, has internship programs ranging from one to six months in length with “a number of” vocational schools in China, the company said in the e-mailed statement.

“Students are free to leave the internship program at any time,” Foxconn said, adding that the interns represent an average of 2.7 percent of its China workers.

In February, Apple proceeded with inspections of its Foxconn facilities via the Fair Labor Association, as those factories were alleged to have harsh and unsafe working conditions for employees. Last month, the FLA noted Foxconn had quickly made recommended changes and immediately improved condition for the betterment of employees.