A new report by DigiTimes suggests that earlier riots at Foxconn Electronics could be due to workers not being paid overtime related to iPhone 5 production. Foxconn has however now issued an official statement that this will not affect iPhone 5 shipments and the company will also ensure that all over-time payments are made as promised. 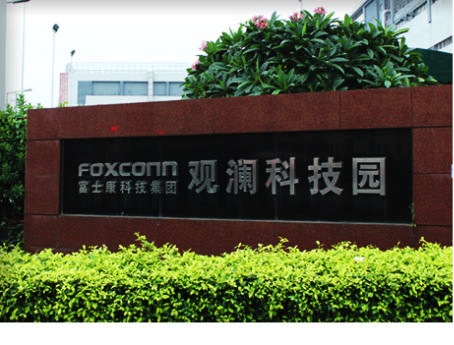 Hon Hai Precision Industry aka Foxconn, halted production at its Chinese facility earlier this week after rioting broke out among workers. The company has today stated that it has already resumed operations on September 25. As for whether the disturbance will affect the company’s shipments for iPhone 5, Foxconn said the facility is not responsible for any product assembly, and therefore there will not by any impact on product shipments.

Responding to news reports that deaths occurred during the conflict, Foxconn said there were no deaths and all the injured are currently being carefully attended to. The company is also investigating whether anyone was injured that is not an employee of Foxconn.

Foxconn also said that the company has already demanded security staff at the facility strengthen their patrols and make immediate reports after any incident, while the facility’s executives will also work to pacifying their subordinates.

Foxconn has declined to officially comment on what sparked the latest riot, though it is suspected to be overtime pay related.

Apple is urging suppliers to make sure that all shipments from Taiwan to China follow Chinese customs regulations to avoid processing delays at the border — reports Nikkei Asia. As political tensions between China and Taiwan continue to rise, the former has started strictly enforcing a long-standing rule that requires Taiwan-made imports to be labelled...
Nehal Malik
21 hours ago

Amazon announced on Friday it has entered into a merger agreement to acquire robot vacuum maker, iRobot, in a $1.7 billion all-cash deal. “We know that saving time matters, and chores take precious time that can be better spent doing something that customers love,” said Dave Limp, SVP of Amazon Devices, in a statement. “Over...
Gary Ng
22 hours ago