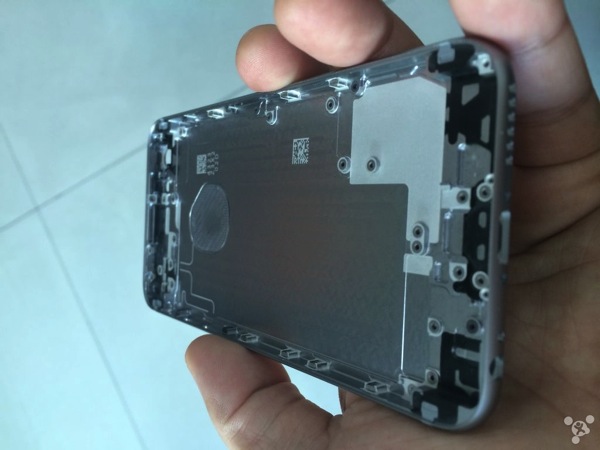 A 40-year-old Foxconn worker is being detained by the Chinese police, accused of stealing iPhone 6 rear shells from the assembly line and selling them for 6,000 yuan (roughly CDN$1,072), a Taihang Daily reports (via WSJ, CNET).

The person, named Qiao, found a newspaper ad near his factory in July, which tempted him with high rewards for Apple parts. So he called the number and the person on the other end of the line offered him 1,000 yuan (roughly CDN$178) for an iPhone 6 shell, if he was able to send it.

Since the lump sum was tempting, Qiao took his chances and successfully avoided the security check by leaving at the peak of quitting time, and sent the first iPhone 6 shell to an address using a local courier service and received his money a couple of days later.

That month, he stole five more iPhone 6 shells and sent them to the same buyer, receiving a total payment of 6,000 yuan.

After noticing the lost shells, Foxconn filed a report with the local police in mid-August. Within 20 days, the local police managed to identify Qiao by watching video surveillance videos, and collecting information from nearby courier services.

In an email statement sent to CNET, Foxconn said that it expects its employees to follow the strict Code of Conduct.

“As a matter of company policy, Foxconn does not comment on any aspect of our work for any customer,” a Foxconn Technology Group spokesperson told CNET in an e-mailed statement. “However, we can say that we have a strict Company Code of Conduct that our company and our employees are expected to follow and we do not hesitate to take the appropriate action, including bringing matters to the attention of the relevant law enforcement authorities, should we determine that this Code has been violated.”

You may recall that we’ve seen plenty of iPhone 6 rear shells and other components leaked before Apple officially announced the handsets. The devices will officially hit the stores, on Friday; until then, you can watch the first hands-on videos on 4K.