If you’re not a Costco member, then you’re missing out on the company’s current 20% off iTunes Card sale at their warehouse.

But if you have time, there’s another way save, in the form of a free $25 iTunes Card. How? All you have to do is participate in the Mazda Test Drive Experience at your local dealership.

Once you’ve given away your details, you’ll be provided with a PIN you present at your local dealership to test drive a new Mazda. Once your test drive is completed, you’ll get your $25 iTunes e-gift Card. 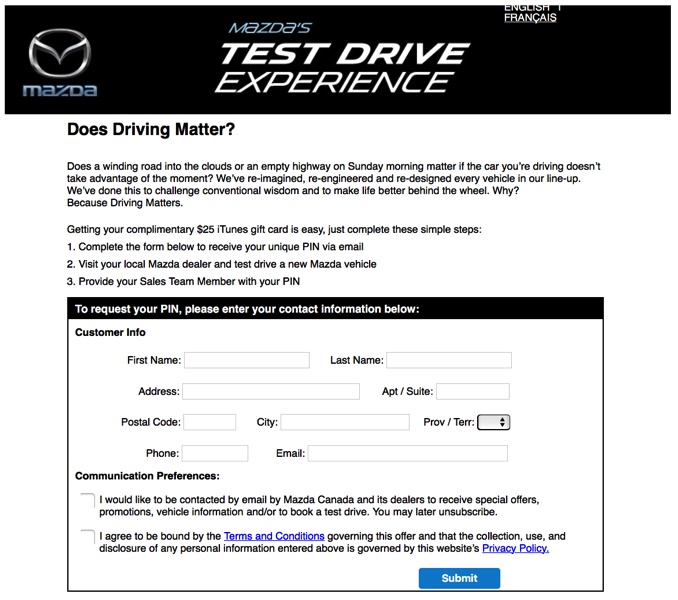 Click here to visit the Mazda Test Drive Experience site. The offer goes until September 30, 2016 and has a limit of two PINs per household, equivalent to $50 in iTunes cards. If you have time to jump through the hoops, you’re going to get paaaaaiiidddd (Oprah voice).