Free WiFi at Starbucks for AT&T Users: Canadians Can Only Dream

When I read about this story I just had to post about it. Man, how come iPhone users in the USA get all the fun? Let’s just briefly touch on the AT&T voice/data plans before we get to the story in hand.

Americans have some amazing voice/data plans for the iPhone with 2 year agreements. Starting at $59.99/month, you can get unlimited data, 450 daytime minutes, 5000 text messages, free nights and weekends, and unlimited mobile to mobile! For $119.99, you get unlimited calling and text messaging! Just crazy! This price is probably what Canadians might expect for a starter “voice/data” plan when the iPhone is released by Rogers! 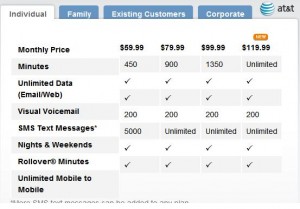 Back to the original story. Users in the States have confirmed that AT&T is now offering 2 hours of free WiFi access at Starbucks and Barnes and Noble locations and 71,000 other AT&T hotspots! Once within the WiFi zone, a specially formatted page will appear in Safari and ask for your AT&T number. Enter it in and away you go with free WiFi. 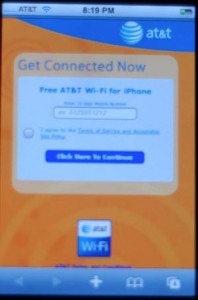 Just the thought of an offering in Canada like this made me laugh–it would only happen when pigs fly! It would be a dream to walk into a Starbucks on Robson St. and use free WiFi (all it takes today is a stroll into a Blenz!) courtesy of Rogers!

It really is unfortunate that we don’t have some decent mobile voice/data plans in Canada. Hopefully that will change when bidding on the wireless spectrum begins on May 27th.

Until then, I will stick to using free WiFi hotspots around the city (post your location!). I’ve mastered the art of knowing where you can check your email waiting to turn left on a red light. Note to self: don’t check email when driving–it’s dangerous!

Netflix Canada has released its list of new shows and movies coming in October 2022. For Netflix Games, there are now up to 28 free games on iOS and Android. Coming soon games include: Nailed It! Baking Bash; Spiritfarer; and Hello Kitty Happiness Parade. Check out the list of what’s coming to Netflix Canada in October 2022, […]
Gary Ng
8 hours ago

With the release of iOS 16, Apple has introduced the ability to change how your iPhone keyboard sounds or vibrates when you are typing, including the option to enable haptic feedback. However, in a newly published support document, Apple has revealed that turning on keyboard haptics might affect the battery life of your iPhone, as spotted...
Usman Qureshi
12 hours ago

According to analysts at JP Morgan, Apple is preparing to make India and Vietnam its key global manufacturing hubs as the company continues to cut its reliance on China, TechCrunch is reporting. In a note to clients sent out this week, the analyst claimed that the Cupertino company will move 5% of global iPhone 14...
Usman Qureshi
12 hours ago