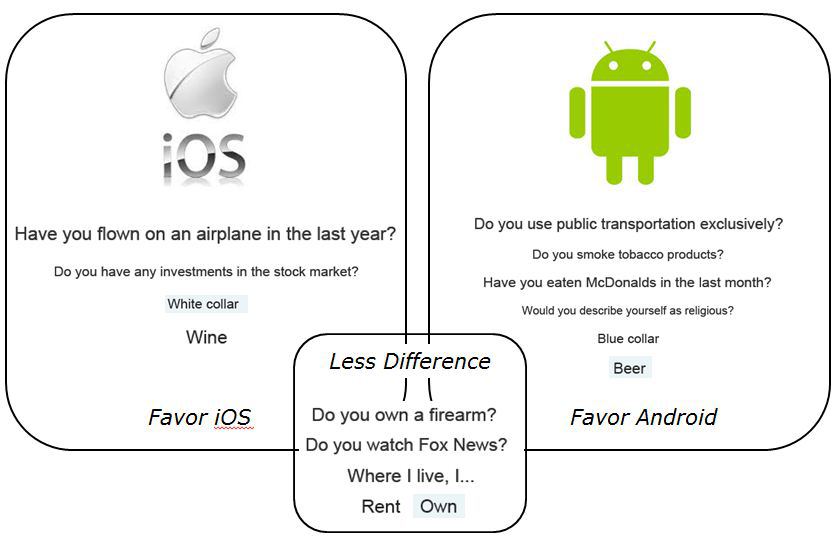 In an era where companies are spending a huge amount of money on mobile advertising, understanding the demographics can make a big difference to the bottom line. According to a new research by Battery Ventures, Android users are more likely to take the bus, while the frequent fliers choose iPhones (via Re/Code).

It turns out more iPhone users do in fact prefer wine to beer. They are also more likely to own stock and to have flown on a plane in the past year.

The study reveals that Android users are more likely to rely on public transportation, smoke tobacco, describe themselves as religious and have eaten McDonalds in the past month or so. The source however highlights that even where there are differences, many of the differences go away when the user base is adjusted for income.

Still, understanding the user base demographics as a whole can help, say, an airline or car company trying to decide where to spend its mobile ad budget. If you are not thinking about that, Sills said, “you are missing out.”

Interestingly, the study found Android and iPhone users equally likely to be homeowners or to own a gun.