Apple Fined $670,000 in Taiwan for Specifying Pricing to iPhone Carriers

Taiwan’s Fair Trade Commission (FTC) has fined Apple approximately $670,000 for restricting local telecom companies to set their sale prices of iPhones, a move that inhibits competition, according to The Wall Street Journal. While Apple has the opportunity to make an appeal, it may face a fine up to $1.6 million if it doesn’t comply, the commission noted. 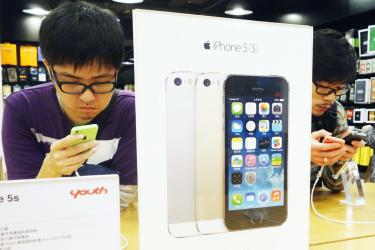 FTC Vice Chairman Sun Lih-chyun said that the three carriers in Taiwan can distribute or resell iPhones at their complete discretion after paying Apple for those rights. The contracts between Apple and the three local companies also suggest that the conditions they set for buying iPhones, such as subsidies these companies offer for buying iPhones with contracts, cannot be lower than those of their competitors, Sun said. The commission also investigated HTC, Sony and Samsung, but none of them has reached similar contracts with local service providers.

The U.S. computer company has no right to meddle in companies’ iPhone pricing plans after selling them distribution rights, the commission said.”

The commission further said that the ruling applies to iPhones only, and there are no plans to investigate price interference with the iPads.