According to The Washington Post, the Federal Trade Commission (FTC) has taken strict action against the marketers of two smartphone apps, claiming to be able to detect the symptoms of melanoma simply by snapping a picture of a mole with a smartphone. The makers of the two apps namely “Mole Detective” and “MelApp”, have both been fined by FTC, and will have to pay $17,063 and $3,930 respectively. 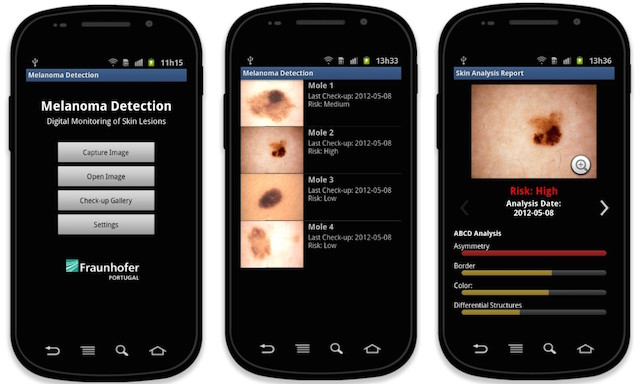 The report notes that marketers for both apps have agreed to settlements with the agency that prevent them from claiming that the apps can accurately detect or diagnose symptoms of melanoma. The apps, which have been downloaded by thousands of users, were on the market from 2011 to 2012, and cost as much as $4.99 to purchase. While both apps did suggest that users should see a physician if they had real concerns, FTC’s associate director Mary Engle, said that the app advertisements gave an overall impression that they could be used as diagnosis tools.

“You need a trained dermatologist to make that assessment,” Engle said.

The company behind MelApp’s marketing, Health Discovery Corp., will pay $17,063 as part of its settlement. Mole Detective’s developer and original marketer, New Consumer Solutions, will pay $3,930; the agency is pursuing a judgment against a separate, British marketing firm — L. Health Ltd. — which did not elect to settle with the FTC.

The Journal of the American Medical Association published a paper in 2013 looking specifically at melanoma detection apps, whose results showed these apps incorrectly classified 30% or more of melanomas as unconcerning.