Before Apple has even had chance to even announce this year’s new iPhone 12 lineup, rumors are already beginning to surface about 2021’s iPhone. 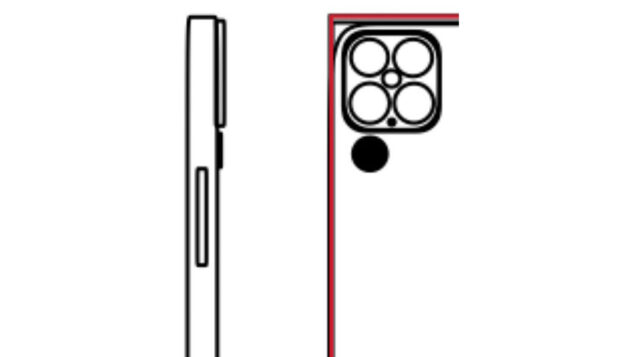 The info dump comes from a leaker who, to quote a new MacRumors report, “sometimes shares information on upcoming Apple devices”, and it’s all to do with the iPhone 13’s camera system.

According to the leaker, who goes by the alias Fudge (@choco_bit), the iPhone 13 will come with four cameras — a 64MP wide-angle camera with 1x optical zoom and 6x digital zoom, a 40MP telephoto camera with 3x-5x optical zoom and 15x-20x digital zoom, a 64MP anamorphic lens (2.1:1), and a 0.25x min zoom ultra-wide 40MP optical reverse zoom camera.

The tweet also claims that the phone will come with a LiDAR 4.0 sensor.

Fudge made it clear that all this information should be taken with enough salt, as nothing is confirmed. Apple has prototypes in developments well ahead of an iPhone launch, but it’s way too early to trust iPhone 13 rumors. Apple has plenty of time to change its mind before it has to finalize the design and specs for the iPhone 13.

Should the camera system above turn out to be accurate, it’ll likely power the iPhone 13 Pro models. This year’s iPhone 12 Pros will get triple-lens camera systems like their predecessors, but they’ll also have a separate LiDAR camera that was first introduced on the 2020 iPad Pro models.

Now, it is worth noting that there have been rumors Apple could include a 64-megapixel camera in the upcoming “iPhone 12 Pro Max,” but obviously nothing is official in that regard quite yet, either. But if that does happen then obviously the inclusion of a pair of 64-megapixel cameras in the iPhone 13 wouldn’t be that far-fetched anymore.

Either way, we’re a long way off from Apple announcing an iPhone 13, so we’ll have to remember to take a look back at this rumour and see how it pans out.