The folks over at 9to5Mac have just shared an internal Apple document, that not only reveals some new details about the Apple Watch Series 7, including weights, connectivity, and internal components, but also compares it with Series 6 and earlier models. 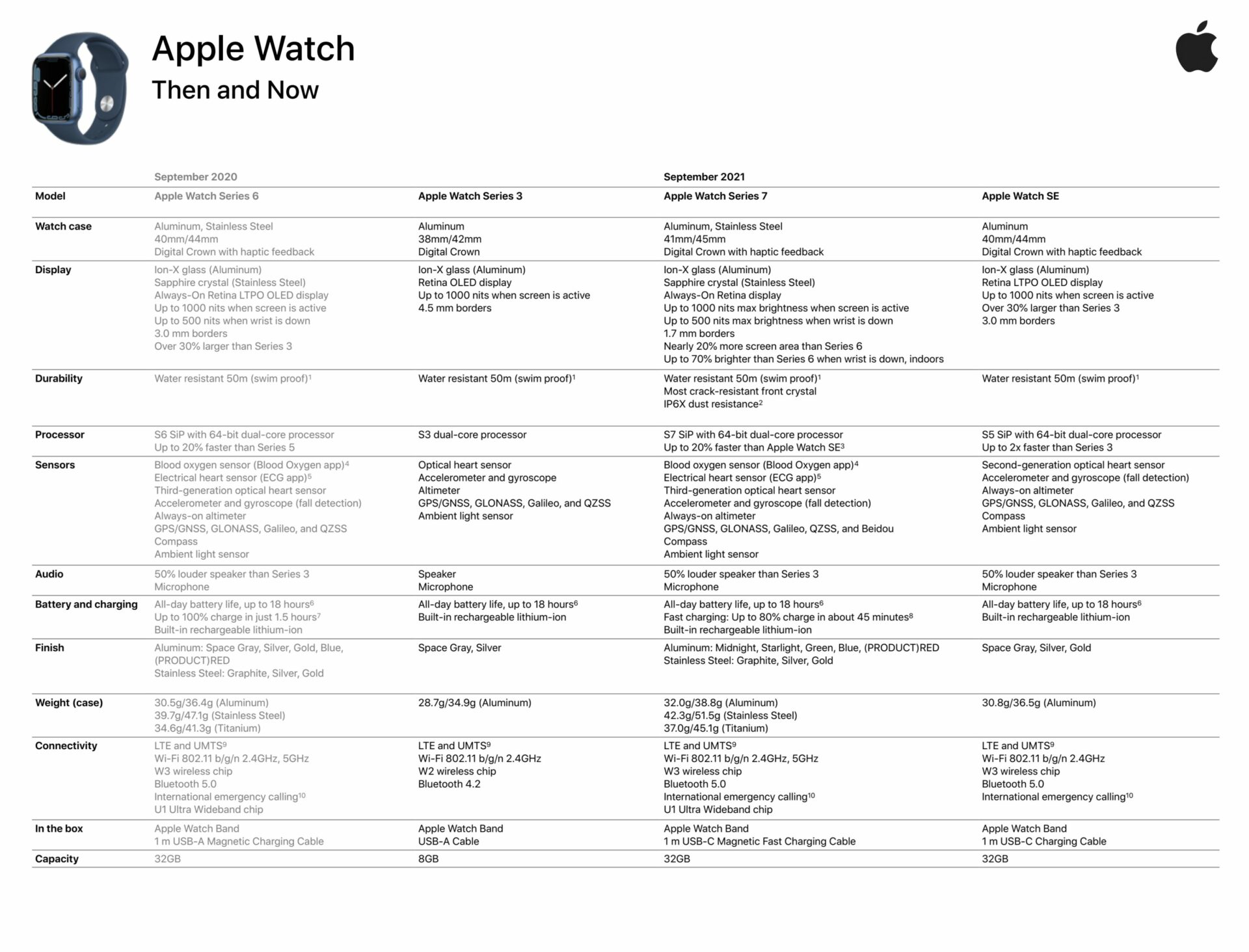 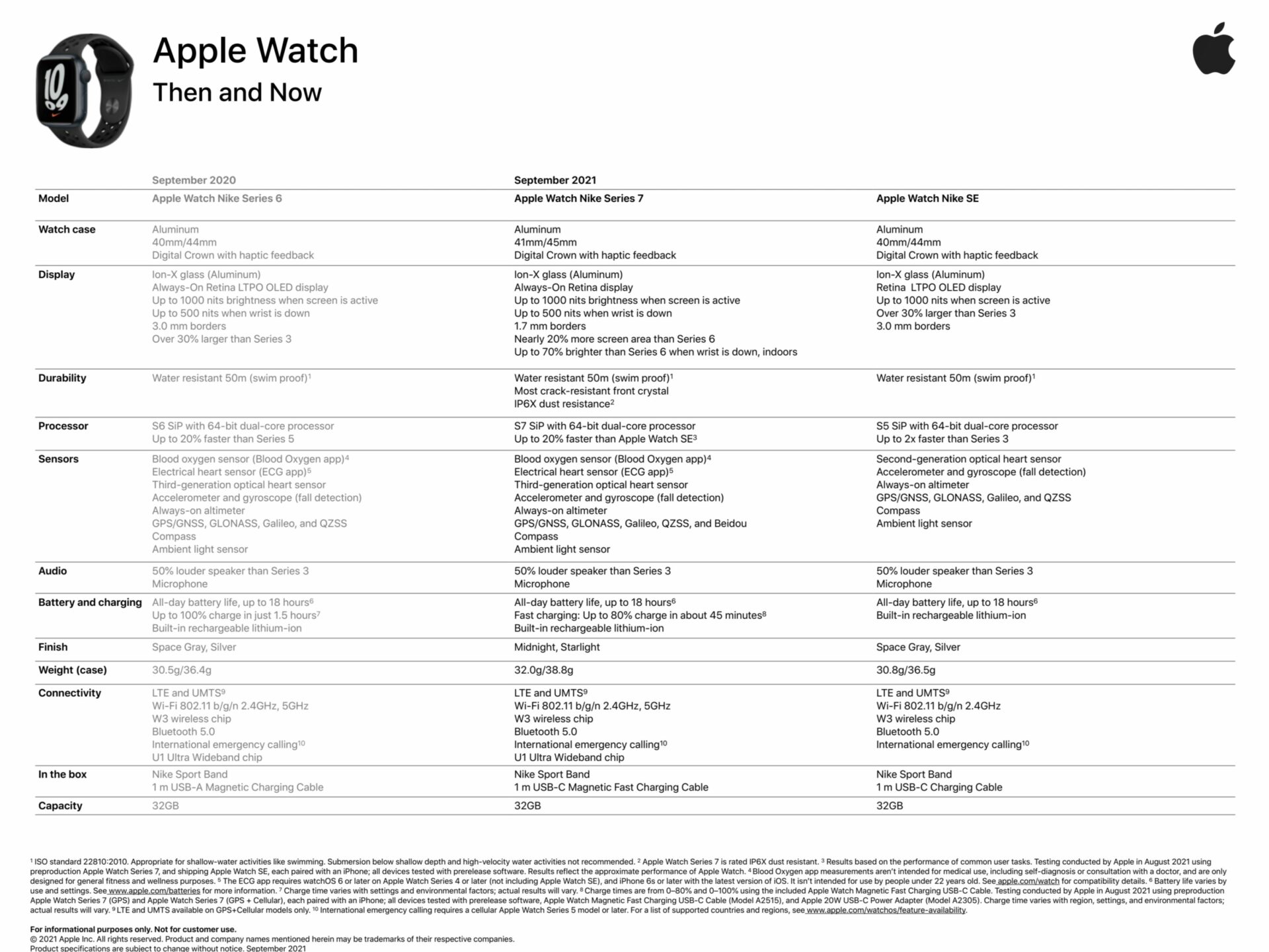 The document shows the watch has a new S7 system in package, but maintains the same CPU and speeds as the S6 chip from the Series 6. Apple is however, calling the new SiP in Series 7, the S7 chip.

Moreover, the Series 7 has the same speaker as Series 6, has the same Bluetooth 5.0 components, the same U1 chip, the same 32GB of storage, and the same international emergency calling functionality.

Other details like the weight of each model are also included in the documentation.

Apple has not yet released Canadian pricing or a specific release date for Apple Watch Series 7. It is likely prices will remain the same in Canada, but we’ll find out soon enough.