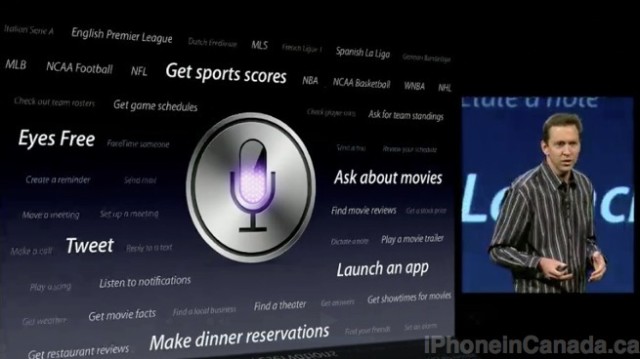 Apple announced the biggest update to Siri yesterday at WWDC 2012, with new sports, restaurants and movie capabilities. During the keynote, Scott Forstall was on stage to announce the latest features. Most of them appeared shortly on a slide.

We took at look at that slide and listed the details of what to expect for the ‘new’ Siri:

The most important update was the addition of language support for Canada in both English and French, along with local search. Sources tell us Siri in Canada now works exactly as advertised (it’s actually downright awesome now), so those griping now have something to look forward to (on their 4S and new iPad) when iOS 6 is released this Fall. Who’s excited?

Roku is bringing its Roku Ultra streaming box to Canada following its successful launch in the U.S. The Roku Ultra offers the ability to stream 4K content with all the bells and whistles we’ve grown to expect from the company. However, this new set-top streaming unit also includes some pretty neat quality-of-life improvements and design...
Steve Vegvari
47 mins ago