Despite knowing the dangers, people still text and drive. A new dark ad campaign aims to combat distracted driving by, telling drivers to “Text and Drive” in Toronto, with the billboard message coming from a funeral home by the name of Wathan Funeral, seen along the Gardiner Expressway. 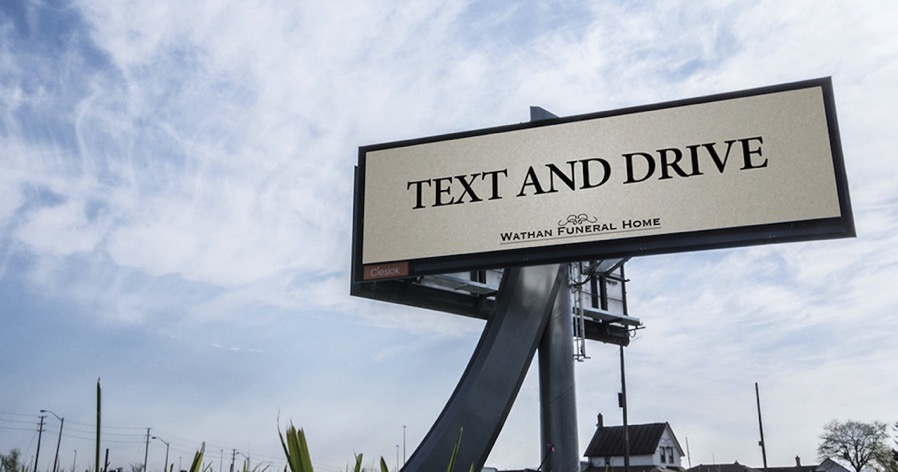 What’s the catch? Wathan Funeral Home is not real, but rather it’s the brainchild from ad agencies John St. and Cieslok Media, to get Canadians to think twice about texting behind the wheel.

Once users end up searching for Wathan Funeral on Google, they’ll find the fake company’s landing page, which explains they’re not real, but rather this is the message they want to send:

We’re just trying to get Canadians to stop texting and driving, which is projected to kill more people in Ontario this year than drinking and driving. That’s right. More. And while most people wouldn’t even think about drinking and driving, over half of Ontario drivers admit to reading texts while behind the wheel. That’s more than half of the drivers on the road today risking their lives, their passengers’ lives and the lives of their fellow motorists and pedestrians.

Which should make you even madder than our billboard did. 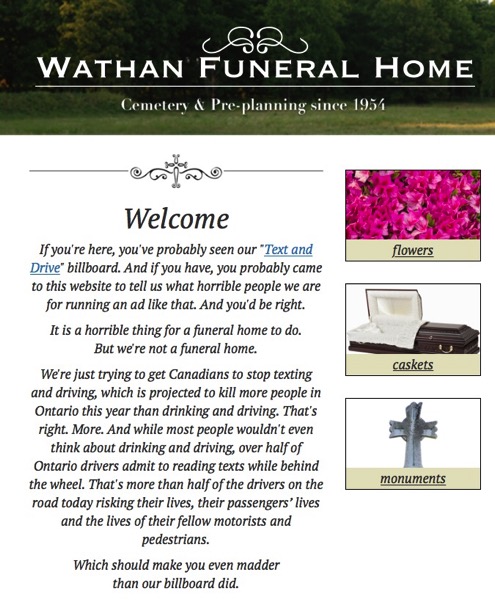 Const. Clint Stibbe told City News Toronto police have handed out over 99,000 distracted driving tickets since 2009. “We’re looking at around 7300 collisions for 2015. Alcohol collisions aren’t anywhere near those numbers,” he said.