A recent Pokémon Go game update has removed a feature that helped players locate nearby Pokémon, forcing third-party maps of Pokémon locations to shut down. The change is causing extreme anger and frustration within the game’s fan communities, according to The Guardian, with most players demanding refunds for their in-app purchases. A Reddit thread (via Kotaku) is already filling up with stories of players requesting refunds for their in-app purchases through iTunes and Google Play. 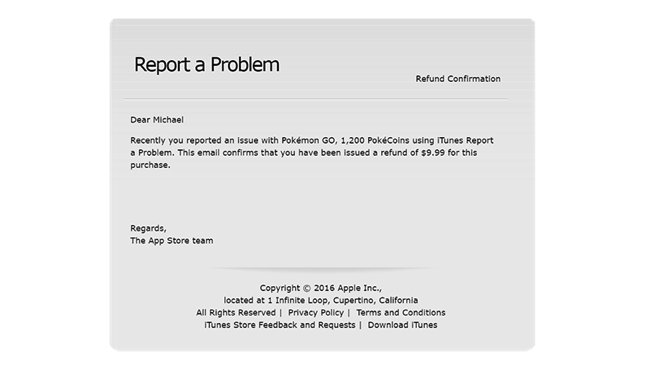 The update changed a variety of things about the app, including adding the ability to alter your trainer’s appearance and tweaking the dynamics of curveballs, among other tweaks. But the change with the biggest impact has been the removal of the footprint distance readings from the nearby Pokémon tracker. As a result, services including Pokévision, which allowed players to spot where individual Pokémon were likely to pop up, have been forced to shut down.

Pokémon Go Reddit user Chopkins9 said: “I looked for 15 minutes with no luck and [the Pokémon] disappeared, now I’m quitting Pokémon Go. What’s the point of this game without tracking?”

Hopps56 added: “This is becoming more frustrating then fun as the days go on … If it wasn’t for having to catch them all, I would of left this game when the tracking first went down hill.”

“Pokémon Go went from a game that I go out to play, to a game I play when I’m out, to a game I never play,” said Oxgmum, which was popular with the Reddit Pokémon Go community, gaining over 2,500 up votes.

It remains to be seen how this change will affect player accounts, since the game has had a real-world impact on the businesses and areas frequented by players.