It’s always interesting to note the potential future concepts coming from Apple, as revealed each time they submit a patent to the US Patent & Trademark Office. The latest, as noted by Patently Apple, shows future iPhones and other iOS devices will sport integrated projector systems. They note the significant detail within these applications hint at Apple’s possible upcoming push into the enterprise via the iPad.

Essentially, built in projectors on iPhones, iPads, and MacBooks (with a connected accessory) will display images on walls, and be able to detect gestures and movements from users. Various modes will enable users to share images via gestures, and even features a unified display mode, creating one large projection as a unified workspace, using two iOS devices. 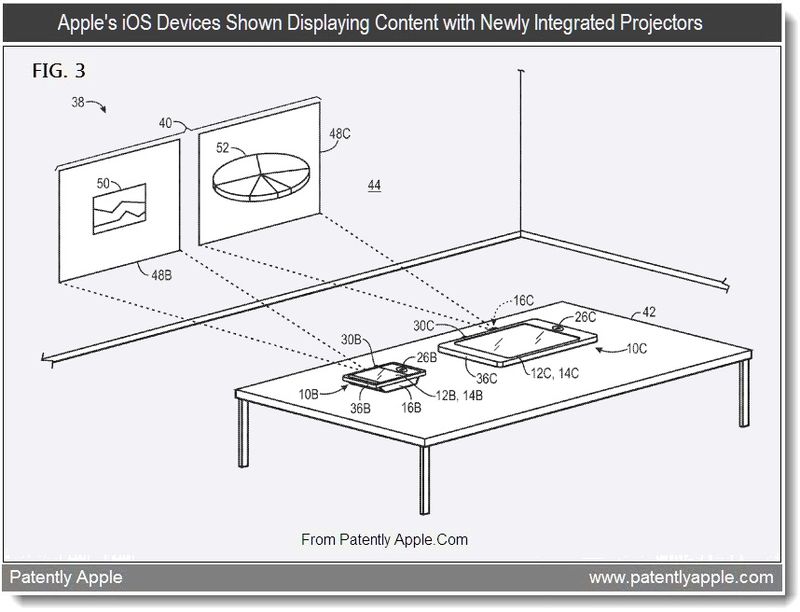 As with most patent filings, they are just concepts that won’t necessarily come to life, but they do reveal insight into potential release from Apple. Patently Apple reminds us of Apple’s recent acquisition of Applepico.com, which could be related to the future use of projectors coming from iOS devices.