If you’ve been caught up in the iPhone 4S excitement, don’t forget the iPhone 4 is still an awesome device. If you can’t decide what to upgrade, maybe the following one day sale will help you decide.

Future Shop is offering the 16GB iPhone 4 for $0 on a three year term. This price is applicable to any Rogers, Fido, Telus, Bell, or Virgin customer. This is a good deal considering the regular price is $99 on a three year contract. 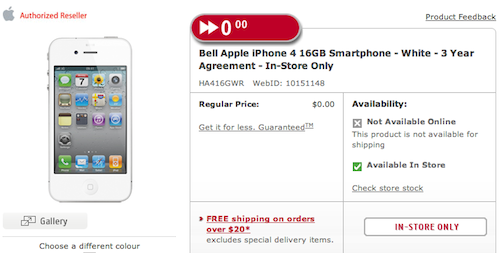 The sale is TODAY only, and in-store only. You don’t have much time to decide. 🙂

Apple Music Live offers concerts from featured artists for subscribers, with the latest from Billie Eilish, set to debut on Friday night. “Billie Eilish brings her world tour to Apple Music Live. She’ll be playing songs from her latest album, Happier Than Ever, in addition to other iconic hits,” said Apple in an email to […]
Gary Ng
21 hours ago