Leave it to the YouTube community to put Apple products through torture tests. When we’re not seeing a $13,000 CAD gold Apple Watch get smashed to bits by magnets, we can now watch the latest smartphones endure waterproof tests—in Red Bull. 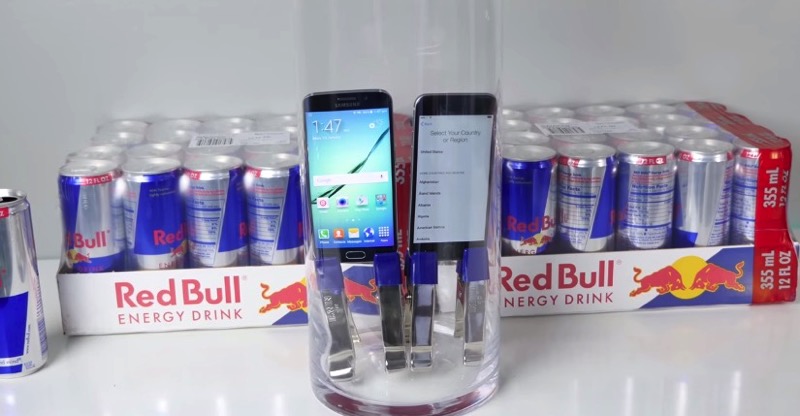 EverythingApplePro has put Samsung’s Galaxy S6 Edge versus Apple’s iPhone 6 to the test, with both phones submerged deep in nothing but the energy drink.

The iPhone 6 ends up surviving this waterproof test, lasting 38 minutes for the video and probably could have kept going until it was pulled out:

EverythingApplePro notes the water resistance of the iPhone 6 surprised him, as the Galaxy S6 faltered at just 9 minutes in. Samsung’s water resistance feature of its previous Galaxy S5 was applauded by fans, but the company removed it for its S6 lineup.

Despite what looks like a plug for the energy drink, the channel responded to viewers by saying “I’m not sponsored by anyone and never have been.”