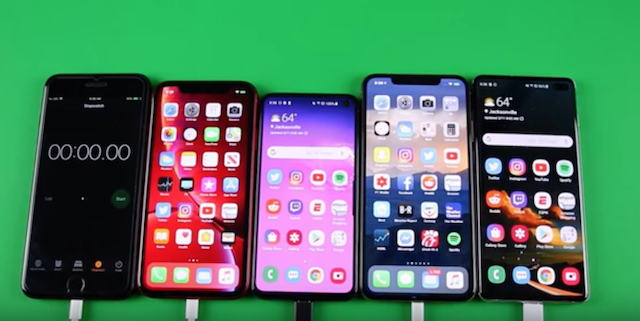 A new YouTube video by Brandon Butch puts the all-new Samsung Galaxy S10 Plus and Galaxy S10e up against the iPhone XS Max and iPhone XR in an ultimate battery test comparison.

The A12 Bionic chip in the iPhone is the industry’s first 7-nanometer chip, while the Galaxy S10 Plus packs the latest 7-nm Snapdragon 855.

With such a massive battery in the Galaxy S10 Plus, do you think it will outlast the S10e and iPhone XS Max/iPhone XR? Take a look and share your thoughts with us in the comments section.