YouTuber Austin Evans has shared a speed test between the new Samsung Galaxy S7 versus Apple’s iPhone 6s Plus. Both phones experience various benchmarks such as Geekbench and GFXbench to determine CPU and graphics performance, and more. 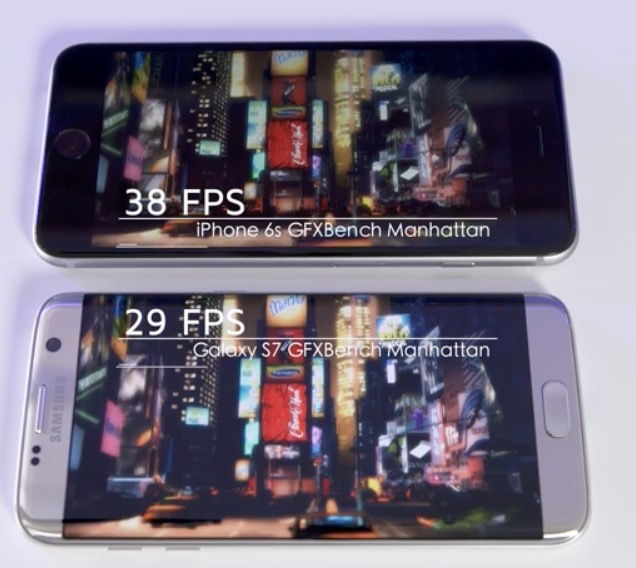 Evans also tests fingerprint readers, camera tap-to-focus, 4K video export tests and more. While the S7 narrowly edges out the iPhone 6s Plus according to Evans for the fingerprint and tap-to-focus tests, iMovie helped Apple’s smartphone export 4K video much faster than the S7.

Samsung has been arming YouTube tech reviewers with numerous review units, allowing these reviewers to show in-depth hands-on videos including water tests and drop tests versus the iPhone 6s Plus.

As we’ve found out from previous tests, the iPhone 6s Plus fares well underwater despite not being advertised as waterproof or water resistant. Maybe when ‘iPhone 7’ rolls out, it’ll debut as being water resistant?