After an in-depth look at Samsung’s ‘Intelligent Scan’ biometrics verification system introduced in the new Galaxy S9 flagship smartphones, the experts over at CNET have concluded that although it may offer faster unlocking, it’s not quite safe enough for mobile payments. 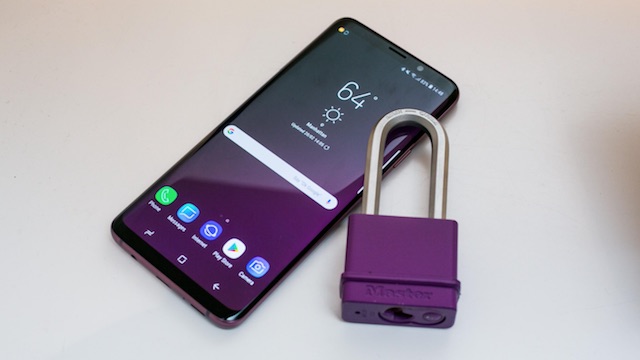 For those who aren’t familiar, the new Intelligent Scan feature combines Samsung’s secure iris scanner with its less-secure facial recognition unlock technology, and works by first scanning your face to unlock and if that fails, it then checks your irises. If both fail, the feature try to authenticate your identity using a combination of the two. While it all happens almost instantaneously, the technology just isn’t secure enough

“Samsung’s introduction of a faster but less secure way of unlocking your phone underscores the notion that while we say we value privacy and protection, we probably covet convenience a lot more. Biometric identifiers have been touted as a secure option — hackers can’t steal your code, and you don’t have to remember anything — but just how secure one option is over another varies.”

In comparison, Apple’s Face ID on the iPhone X creates a complex 3D scan of your facial pattern, rather than a 2D map of the face as used by Samsung. People have been able to fool Samsung’s technology on last year’s Galaxy S8 by using photos, which hasn’t changed in the Galaxy S9 either.

“This is an area where Samsung is clearly behind Apple,” Global Data analyst Avi Greengart said. “Apple invested an enormous amount of money, time and effort into Face ID. Even though Samsung had a version of Face ID first, they’re playing catchup.”

Samsung however says that it offers consumers two other biometric authentication options in the Galaxy S9 i.e. a fingerprint reader on the back, as well as the passcodes.