HBO has announced the eighth and final season of its mega-hit, Game of Thrones, will see its release date in April 2019.

A 30-second hype trailer was released earlier this morning on Twitter and Facebook, indicating the final April 2019 air date. The Twitter trailer has already been viewed over 2.2 million times. 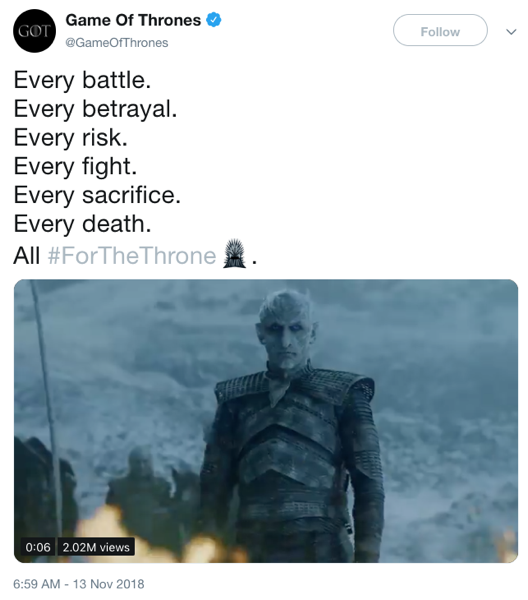 Every battle.
Every betrayal.
Every risk.
Every fight.
Every sacrifice.
Every death.
All #ForTheThrone. pic.twitter.com/WReVt473SH

Canadians can now stream HBO Canada from nearly any device as a standalone service (without subscribing to cable TV or Internet), with the recent launch of Bell Media’s Crave (formerly CraveTV), at the price of $19.98 per month.

Yesterday, Crave officially launched its Apple TV and iOS apps, offering a 50% off promo for the first four months. Of course, those discounted promo months will end just ahead of the 2019 Game of Thrones launch.