For the longest time, Apple watchers first learned of new retail store openings and other related news from the site ifo Apple Store (ifo = in front of), founded by Gary Allen. Back in March of this year, Allen announced he would be stopping his blog.

Now we know why, according to the Washington Post—he was diagnosed with brain cancer and recently passed away Sunday at the age of 67, as shared by his brother Jim to the Post:

Allen, a retired EMS dispatcher, traveled around the world — obsessively and expensively — to be among the first in line at the company’s new stores. He attended more than 140 openings, collecting all sorts of trivia. He could even tell you where Apple store tables are made (Utah; he stopped by the factory once to say thanks).

The history of Apple’s global conquest is stamped in Allen’s passport. 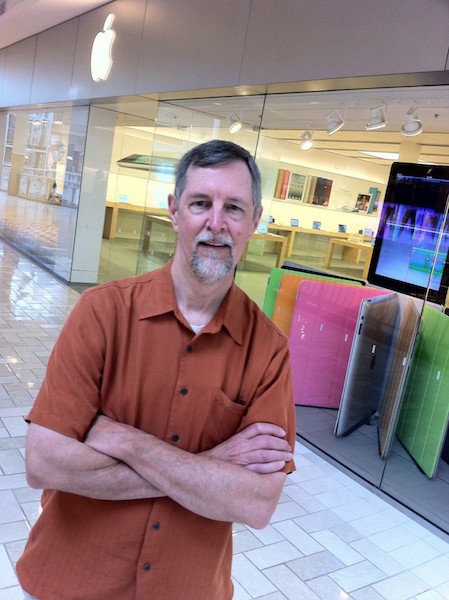 Allen helped Canadians track the expansion of our Apple Stores, such as locations in Brossard and Masonville Place Mall. We’ve communicated with Allen numerous times via email in the past and he was always helpful and friendly. RIP, Gary Allen!