GeoHot Arrested For Possessing Marijuana On His Way To SXSW

GeoHot, the genius behind the original iPhone jailbreak, was arrested today for possessing marijuana while he was driving to the annual SXSW conference in Austin. On his way to give a talk at SXSW, he reportedly had to pass through a border patrol checkpoint in Sierra Blanca where the Department of Homeland Security had drug dogs that barked at his car. He was then pulled over for more searching. 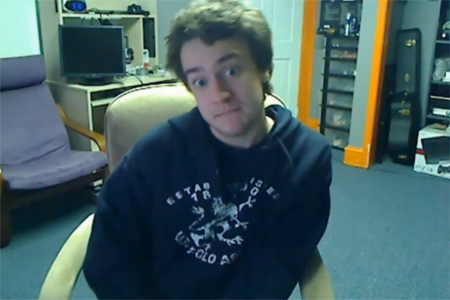 GeoHot has a medical marijuana license in California, where he lives. In the car’s glove box, Hotz apparently had 1/4 oz. of marijuana and chocolate edibles equivalent to less than 1/8 oz. of the drug. Hotz was booked for a felony and posted $1,500 bail.

Interestingly, GeoHot did eventually make it to SXSW and give his talk. You can listen to it here: The Final Frontier of Reverse Engineering.