AgileBits, the makers of popular 1Password app for iOS and OS X, have just announced a 30% discount on all of their products in celebration of Canada Day and Independence Day festivities. The announcement was made in a blog entry, pointing out the two big national celebrations in Canada and U.S coming up next week.The 30% sale will run for ten days i.e till July 8th. 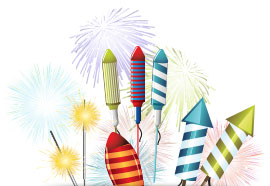 Through July 8 (for you last-minute-ers, that’s 11:59pm two Sundays from now), all our products are 30 percent off! This goes for:

Knox for Mac and everything from our own web store.

Enjoy the festivities next week. But whether you’re celebrating a national holiday or not, enjoy 30 percent off of 1Password and Knox!

So what are you waiting for? Go ahead and grab your favorite apps at 30% off for your Mac, Windows or iOS devices.