Get iPhone Stats Directly on your Apple Watch with MiniStats

MiniStats is a simple but handy utility and stats app for iOS, that allows you to see various statistics about your iPhone usage not only on your handset, but also from your wrist on your Apple Watch. The app is usually for $0.99, but is currently available as a free download in the App Store, as pointed out by iDownloadBlog. 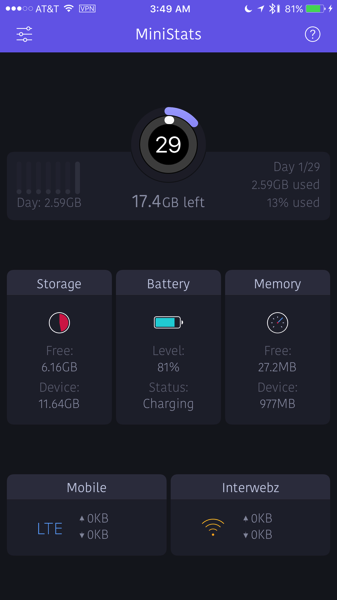 The app offers a beautiful user interface displaying plenty of useful information. You get different kinds of statistics that summarize your iOS device’s usage, such as cellular data, remaining storage space, battery status and percentage, device memory and Wi-Fi data upload and download usage. You can even tailor the MiniStats app to any data plan you might have. The app also includes a Notification Center widget for the iPhone.

From the Apple Watch app, you can view most of your iPhone’s statistics right from your wrist, as shown in the glance screenshot below. 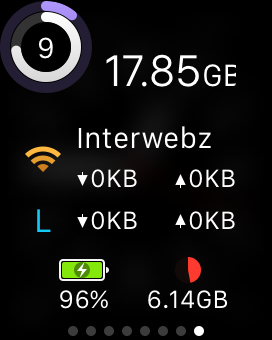 We recommend you grab the app while it’s free and give it a try on your iPhone and Apple Watch.