AirPlay display mirroring is one of the many new features OS X Mountain Lion will support once it launches this summer but until then, a new app for OS X Snow Leopard and Lion called AirParrot can let you enjoy that feature right now. The app lets you stream your computer’s display right to your Apple TV over AirPlay though it currently doesn’t support audio. Also, it won’t allow you to bypass any Apple TV passwords you may have set up but luckily, the developer has promised to fix it all in free future updates. 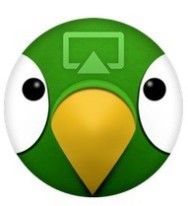 As reported by TUAW (via Macworld):

The app works by encoding your display’s image as H.264 video, then transmitting that to an Apple TV on the same wireless network. It’s essentially a real-time screen capture, which is a clever way of mirroring the display, but it sacrifices image quality due to the data compression required. It will be interesting to see how AirPlay Mirroring compares in this regard.

The app is available for download now (link below) for $10 and will work on Macs running OS X Snow Leopard or Lion.