Remember when the so called “iPhone killer”, the notorious Blackberry Storm, was supposed to dominate the touchscreen smartphone landscape? Well, that project turned out to be a major case of FAIL on RIM’s part. Anyways, iPhone users had some fun with a theme that changed your iPhone into a Blackberry.

Well now, Blackberry users who are feeling a case of iPhone envy can do the same. RoryPiper posted about the latest iPhone theme for Blackberry useers that enable iPhone icons and wallpaper on the email device. The theme, named bPhone for Blackberry, is the work of Matthew Rogers. It’s been featured on CNET and has had over 1.5 million downloads. The theme works for the 8700 & 8800 series, Pearl, Curve, and Bold. 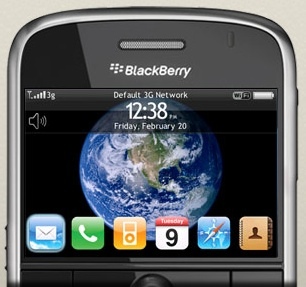 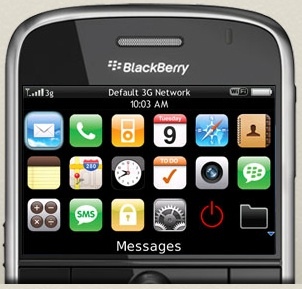 So for those that switched from the iPhone to Blackberry and are missing the iPhone, you can now get some of that magical feeling back. Enjoy! 😉