Github Rolls Out Native Mobile App for iOS and Android

After announcing that it would release a mobile version of its developer platform last year, Microsoft’s GitHub has officially launched its native mobile app for iOS and Android. 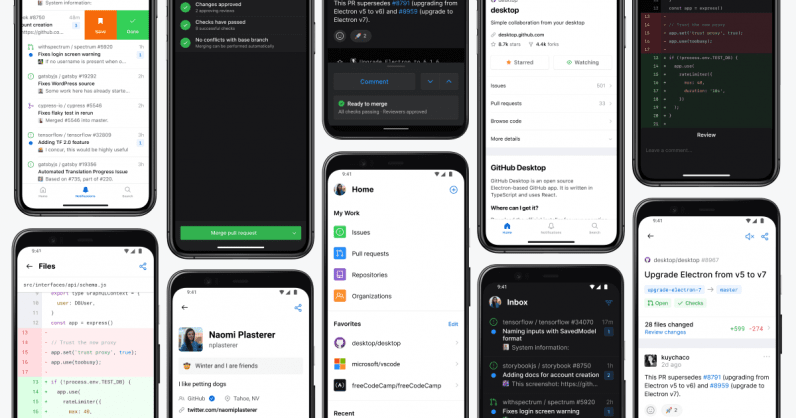 According to a new report from The Verge, the new app lets its users provide feedback, respond to issues via comment, review and merge pull requests, as well as “swipe to finish a task” or save a notification in order to get back to it at a later time.

“Your response to the beta has been incredible—beta testers have commented on, reviewed, and merged nearly one hundred thousand pull requests in the last few weeks alone. And there’s been tens of thousands of team interactions since we first released the beta for download,” GitHub says.

GitHub’s post announcing the app’s general availability breaks down some of the things you can do with the app:

Just as expected, the app comes with light and dark modes to align with your device’s settings — so for example, if your iPhone is configured to use the dark theme, then GitHub mobile automatically adapts and follows the UI of the system.

However, there is still one feature we would love to see that has been left out: You can view code on the app, but you still can’t edit any code within the app. But GitHub promises that there’s “a lot more to come,” so we might later get a feature for coding code on the app as well.