Glass Onion: A Knives Out Mystery Now Available to Stream on Netflix in Canada 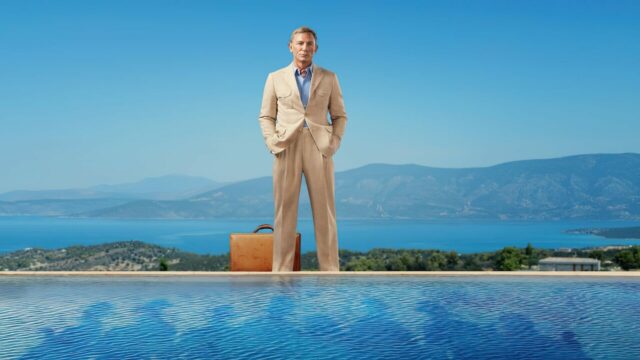 Glass Onion: A Knives Out Mystery, the highly awaited sequel to Rian Johnson’s Knives Out, is now available to stream on Netflix. The film’s streaming debut follows its premiere at the Toronto Internation Film Festival (TIFF) as well as a very short and limited theatrical run.

Johnson’s Glass Onion: A Knives Out Mystery was purchased by Netflix following the reception of the original 2019 Knives Out film. Lionsgate greenlit the sequel in 2020 and Netflix quickly got on board and purchased the rights to distribute the film as an exclusive on the streaming platform. The film was first seen during TIFF in September. On November 23rd, Glass Onion: A Knives Out Mystery got a limited one-week run in theatres. Now, it is available to view for all Netflix subscribers.

Glass Onion: A Knives Out Mystery is a loose sequel to Knives Out. The film once again stars Daniel Craig’s Detective Benoit Blanc, a master detective who is now on a new case. Blanc is recruited by a woman named Helen Brand to investigate the death of her twin sister, and suspects it might be Miles Bron, the co-founder of her sister’s company. Bron is hosting a murder mystery weekend, dubbed the Glass Onion, on his island off the shores of Greece. Other attendees are also suspected so Blanc attends heads to the Glass Onion to solve this mystery.

Despite its limited run and access via theatres, Glass Onion: A Knives Out Mystery has a 93 percent Tomatometer score on Rotten Tomatoes. The film has generally been given very positive reviews across the board, making it a highly anticipated addition to Netflix’s catalogue.

Netflix is available in Canada for a monthly subscription starting at $5.99 with ads.

Next week is the beginning of a new month, so that means yet another list of what’s coming to streaming services such as Amazon’s Prime Video. Below are all the new shows and movies coming to Prime Video Canada in February 2023. Check it out below… February 1 Bodies, Bodies, Bodies The Mummy Schindler’s List […]
Gary Ng
25 mins ago