According to a new report from App Annie, global app downloads and revenue have had another record quarter. 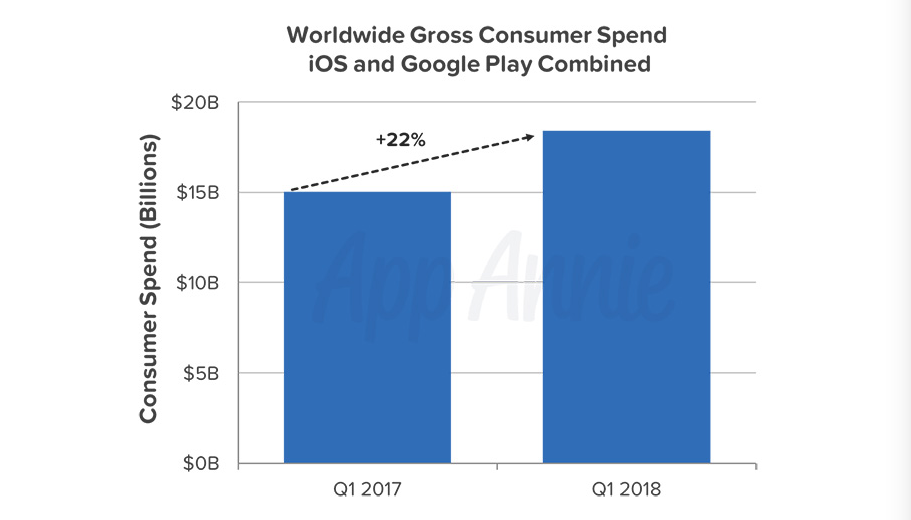 All the figures above do not include any updates or re-installs. The report also notes that the total revenue is actually a lot higher, since they are only including paid apps, in-app purchases, and subscriptions. The analytics company did not measure revenue from advertisements and several other possible revenue streams. 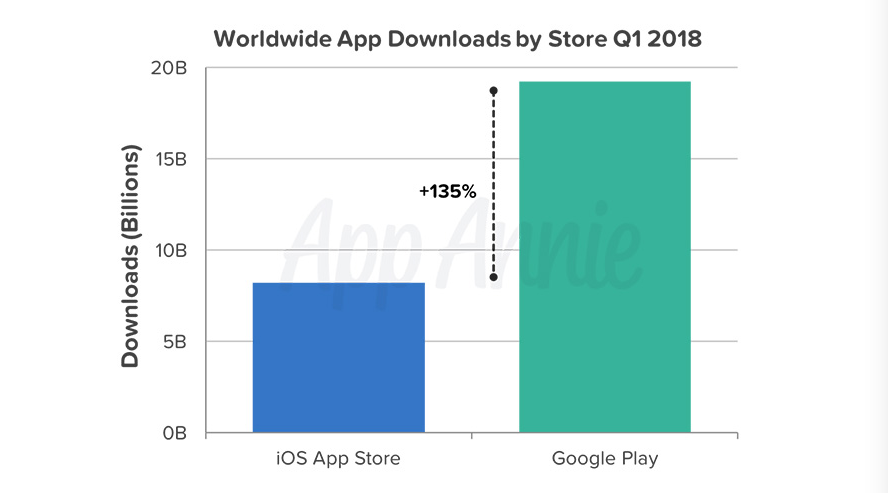 App Annie said that India, Indonesia, and Brazil had the greatest impact on growth for the Google Play Store. On the other hand, the App Store’s growth can be widely attributed to markets like United States, Russia, and Turkey. 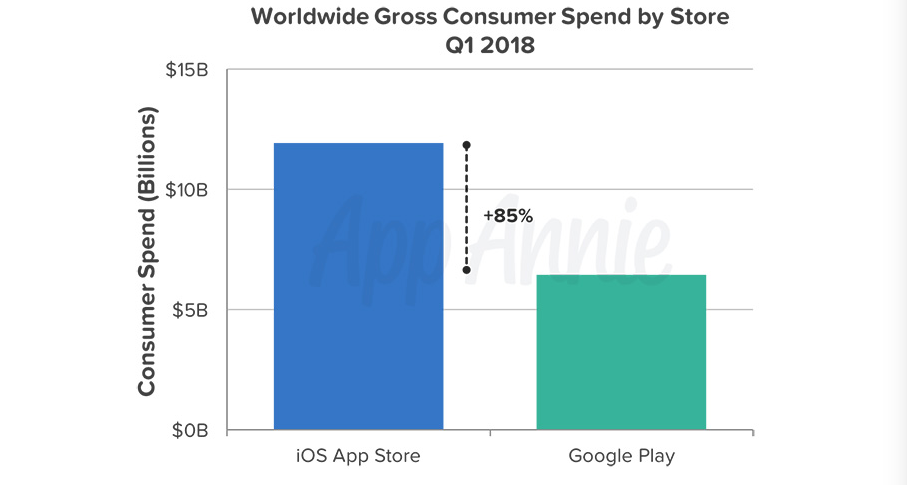 Music and Entertainment apps had the biggest impact on spending on spending in the Google Play Store, while Health and Fitness apps were the bigger hits on iOS.

Combined, Apple’s Apple Store and the Google Play Store offer a total of 6.2 million apps by the end of Q1 2018.