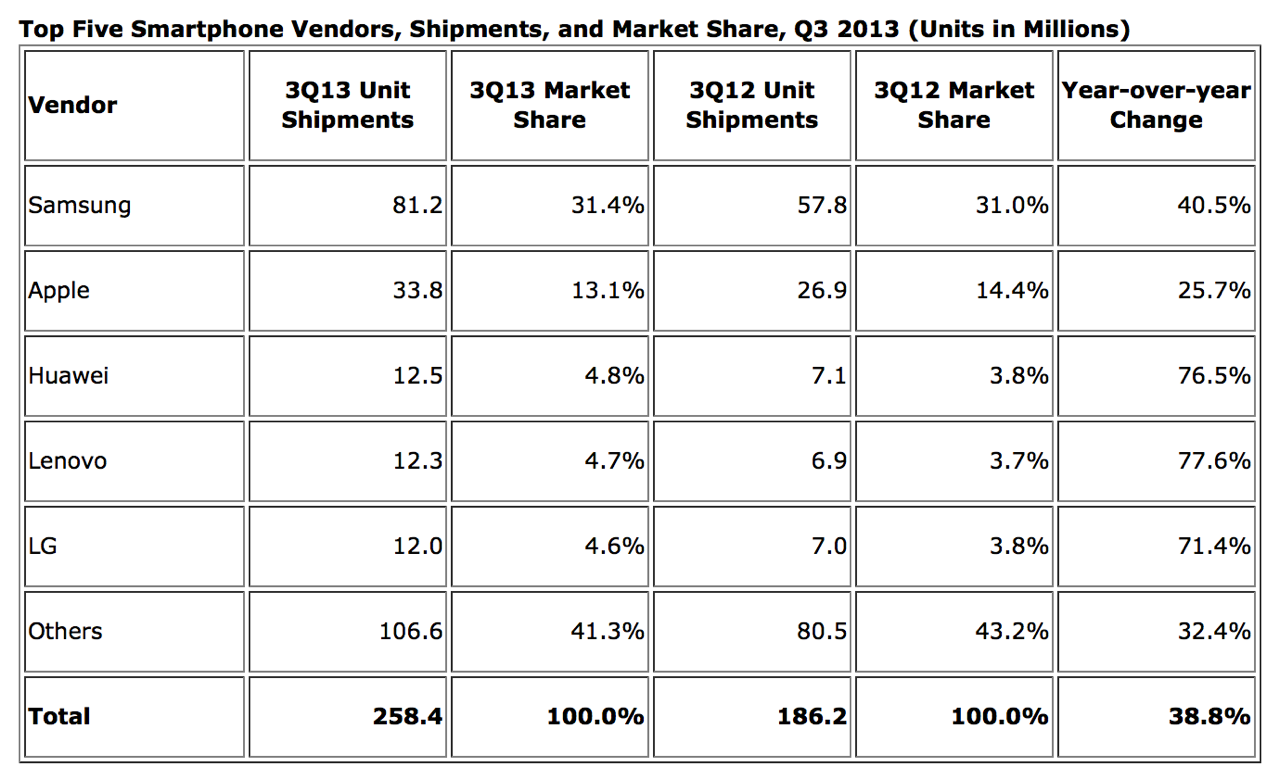 China now accounts for more than a third of all shipments, making it one of the fastest-growing smartphone markets. Prices for smartphones have also declined, largely because of low-cost Android products, IDC said. “Android…has been a huge factor in their success,” IDC analyst Ramon Llamas said, while noting that Android vendors are also challenged to show how their phones differ from one another. Looking at individual vendors, Samsung shipped more smartphones than the next four vendors combined, shipping 81.2 million smartphones (31.4% of the total) in the third quarter. Apple was second with 33.8 million (13.1%); Huawei was third with 12.5 million (4.8%); Lenovo was fourth with 12.3 million (4.7%) and LG was fourth with 12.0 million (4.6%).

“Beyond Samsung and Apple at the top of the rankings is a tight race of vendors trying to break out from the pack,” says Ramon Llamas, Research Manager with IDC’s Mobile Phone team. “In 3Q13, Chinese vendors Huawei and Lenovo moved past LG, and not far behind are two more Chinese companies, Coolpad and ZTE. Any of these vendors could change position again next quarter. But in addition to having close shipment volumes, they all have one key ingredient in common: Android. This has been a huge factor in their success, but it also speaks to the challenges of differentiation on the world’s most popular platform.”

“With already strong growth in 3Q13 and multiple vendors launching flagship models, the market will be poised to reach one billion units for the year.

Below are some interesting top 5 smartphone vendor highlights form IDC: