According to data from publishing industry researcher, Vividata, The Globe and Mail continues to be Canada’s most-read newspaper. Data released Thursday noted magazine and newspaper readership stayed constant over 2017, but print readership of newspapers dipped slightly. 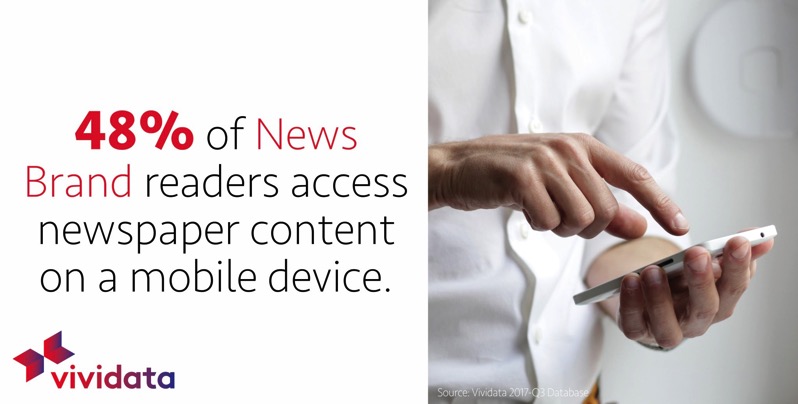 The Globe and Mail says it has a weekly combined digital and printer readership of 6.5 million, which increased 1.8 per cent compared to the previous quarter. If you take Report on Business magazine into consideration, the Globe says their readership reaches 7.1 million Canadians.

Data among newspapers readers show 48 per cent access articles via a mobile device, in addition to reading on computer or print, while 44 per cent read print versions only, and 18 per cent read only on an electronic device, either a computer, mobile or a combination of both.

Magazine readers still favour print, with 62 per cent opting to read print only, while only 8 per cent read on digital devices exclusively, with the remainder accessing through a combination of both digital and print.

As for weekly readership changes compared to the previous quarter, the Globe and Mail saw readership increase 3.9 per cent to 4.1 million, while the Toronto Star saw a 1.1 per cent increase in digital readership and the National Post saw a gain of 2.2 per cent; both the Toronto Star and National Post are tied with a digital readership of 2.7 million weekly. Vividata says in all of these cases, gains did not mean much, as they were offset by falling weekly print readers.

When it comes to viewing content online, Canadians love their streaming services. Vividata says “Nearly 13 million Canadians (40 per cent) accessed Netflix in the past month, while 54 per cent accessed YouTube.”

Information from Vividata research comes from a “probability-based sample of over 40,000 Canadians,” aged 12+ from October 2016 to September 2017.

SkipTheDishes has today announced the launch of its new 'Do Good Deal' offer on the largest food delivery network in Canada. Piloting at participating restaurants in Winnipeg and Vancouver, this menu add-on allows restaurants to offer customers exciting end-of-day discounts on unsold menu items. The Do Good Deal offer is a new addition to SkipTheDishes' offerings...
Usman Qureshi
8 mins ago

DoorDash and Wendy's Canada have announced a new nationwide partnership to deliver consumers their favourite menu items from the comfort of their homes. Available at over 300 restaurants across the country, Wendy's lovers can now order the iconic Baconator or Classic Frosty through DoorDash Canada. "DoorDash is providing Canadians a convenient and accessible way to Dash...
Usman Qureshi
16 mins ago

Ottawa-based lawyer Darius Bossé has filed a case against the federal government over the ArriveCAN app not allowing iPhone users to choose whether they wanted to use French or English as their official language — reports the CBC. ArriveCAN was built as a mandatory tool for travellers to submit COVID-19 vaccination proof and other health information...
Nehal Malik
16 mins ago