If you’ve long been receiving Google two-step verification prompts within the company’s search iOS app, it’s now going to be easier as Gmail for iOS can now receive these prompts too, according to Google:

Today, we’re making it possible for users with iOS devices to receive prompts via their Gmail app as well. This should encourage more people to use Google prompt, which is an easier and more secure method of authenticating an account. 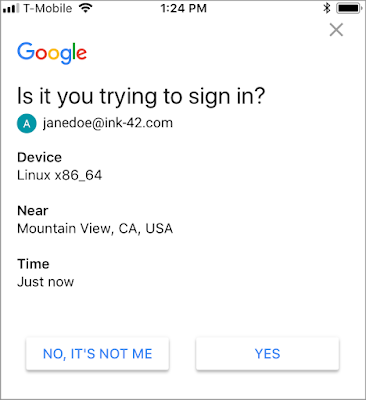 According to Google, if a user has both the Google and Gmail iOS apps installed, prompts will be received by default to Gmail.

Back in June of 2016, Google integrated two-step verification prompts within their iOS search app, to let users tap yes or no to approve or deny sign-in attempts. Two-step verification brings an additional layer of security to your Google account, beyond your password and is highly recommended–click here to get started.