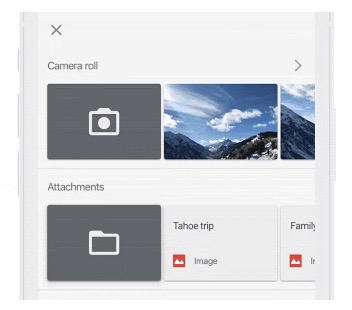 The new feature will let you upload attachments from the Files app when composing or replying to an email. Apple’s Files app has documents, images and more stored on iCloud. The new feature means those who work frequently with the Files app can now attach any file within the Gmail iOS app.

According to Google, “This feature will be available by default. In the Gmail iOS app, when composing or replying to an email, click the attachment icon and scroll to the “Attachments” section. Then select the folder icon to select an attachment from the Files app.”

As for the rollout pace of this new feature, Google says there will be an extended rollout starting today (which may take longer than 15 days for “feature visibility”) for rapid release and scheduled release domains.

We’re not seeing this feature here yet in Canada, but stay tuned as it should be rolling out over the next couple weeks.

YouTube is catching up to Twitch and is now offering support for YouTube Emotes. These custom images can be used across the platform while interacting with chat and the comments in a video. Currently, YouTube is supporting a variety of Gaming Emote. In a YouTube Help blog post, a community manager highlights the fact that...
Steve Vegvari
22 mins ago