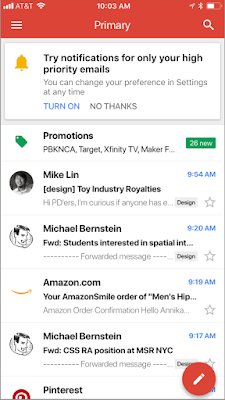 Google has today updated the Gmail app for iOS with a new “High priority only” notifications feature, that allows you to receive notifications only when important emails arrive in your Gmail inbox.

“Notifications are only useful if you have time to read them—and if you’re being notified hundreds of times a day, chances are, you don’t. That’s why we’re introducing a feature that alerts you only when important emails land in your Gmail inbox, so you know when your attention is really required.”

In order to enable the new feature on your iOS device, all you need to do is select “High priority only” from the Notifications drop-down in the settings menu of your Gmail iOS app.

The new feature is now live for Gmail iOS app, and will be made available to Android users in the near future.

Apple’s second-generation HomePod is set to launch on Friday, February 3, and ahead of the debut, the embargo has lifted on the first press reviews. HomePod 2 has the same price as its predecessor before the latter was axed, but this time supports Spatial Audio and room sensing for automatically-tuned sound, to go with a […]
Gary Ng
7 mins ago