Gmail for iOS, Web to Finally Convert Numbers, Addresses and More into Hyperlinks 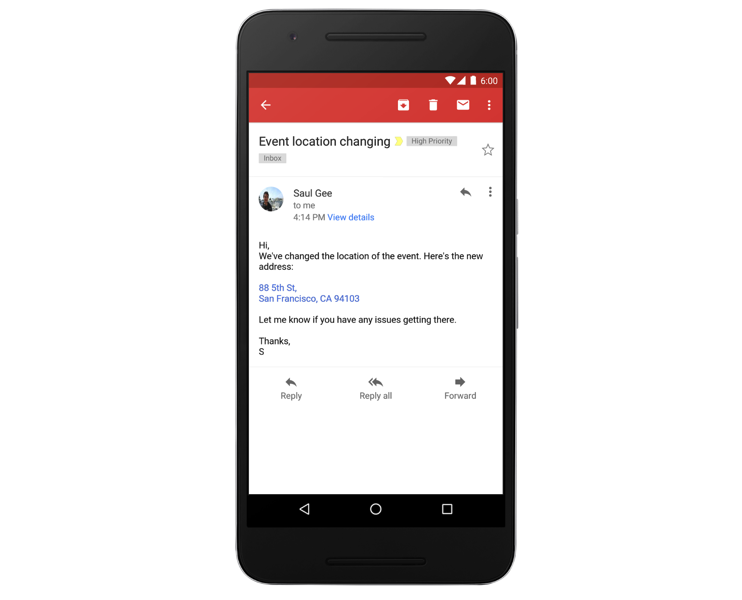 Previously, users had to painstakingly copy and paste this info into other apps and websites, but now Gmail says they want to “provide a better way to perform these tasks that also saves time.”

This now means the apps Gmail and Inbox by Gmail for Android and iOS, along with Gmail on the web, will “begin converting text to interactive hyperlinks whenever they detect phone numbers, addresses, and email addresses in emails.”

Google made the announcement yesterday and says address links will launch Google Maps, email links will compose a new email in default email clients, and on smartphones, clicking a number will dial it via the default phone app. iOS has been doing this for ages–it’s about time Gmail started supporting this.

The timeline for this full rollout, according to the company yesterday was 1 to 3 days, so it should be available soon, if you’re not already seeing it.