First it was rumours of ‘red’ iPhone colours coming (which may be (PRODUCT)RED), but now Japanese site Mac Otakara claims Apple has plans for a gold colour release for iPhone X.

The new gold iPhone X is said to apparently help push sales of the newest iPhone, during what is considered to be a time of the year when sales are typically lower than usual. Currently, iPhone X is only available in two colours: Space Grey and Silver. 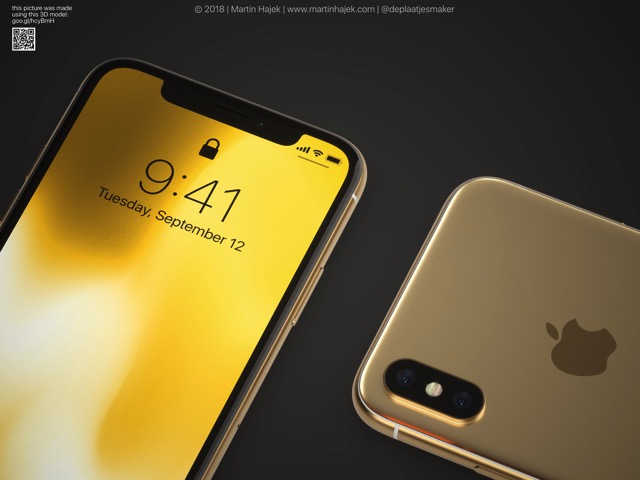 Rumours of a gold iPhone X again popped up last week, with leaker Benjamin Geskin, who has a mixed track record, claimed a “blush gold” iPhone was in production.

Later on, we heard a ‘red’ iPhone colour may also be possible, from reliable French leaker Steve Hemmerstoffer. One would presume these would be (PRODUCT)RED models, similar to what Apple announced last March for iPhone 7 and iPhone 7 Plus.

The site also says an update to last year’s 9.7-inch iPad will debut, and be available during the April-June period of this year.